Some experts have difficulty distinguishing between psychosis and schizoaffective disorder since the two conditions have mirroring symptoms. However, one substantial variation between the two is someone with schizoaffective doesn’t display depression symptoms. Additionally, those with bipolar disorder may experience signs of depressive psychosis as part of their manic episodes.

Many features help to distinguish traditional depression from the psychotic varieties. Some experts believe there’s a regulation issue with the hypothalamic-pituitary-adrenal axis when psychotic elements are present. Several tests conducted showed an issue with dexamethasone.

Exams revealed that psychotic symptoms during depression come with higher than usual cortisol levels after the body receives a dose of dexamethasone from this hypothalamic-pituitary. This is based on evidence of studies posted in an article at the National Institute of Health. Additionally, those with psychotic depression often have brain ratios that are more significant in the ventricular section, which doesn’t occur with traditional depression.

To have psychotic depression, you must first be diagnosed with a major depressive episode. There must be other symptoms that accommodate this disorder, such as:

When a person has delusions, it is a belief or reality that a person has, regardless of proof to the contrary. For instance, a person may believe they are heir to royalty even though nothing can be further from the truth. If someone tries to disprove their delusions, they may become combative at the thought that their loved ones or friends don’t believe them.

Hallucinations are where a person can see, hear, smell, or touch things that are not real. Many folks with psychosis depression may listen to someone talking to them or saying their name, as well as voices telling them what to do.

Additionally, they can smell things burning from their altered state, like believing the house is on fire. The hallucinations can cause paranoia as they become scared when the things they think and see are frightening.

The mood-congruent delusion is a bit different than a traditional delusion. A person with this issue has delusions based on their current mood. According to Mental Health Daily, these delusions are often seen during manic episodes. They may believe they have superpowers and can control the weather or are a celebrity and are fearful of paparazzi.

The general flat or sad effect that accompanies depression is often intensified when a person has psychotic tendencies. All the chaos going on in their mind indeed shows on their face.

During a psychotic state, a person is often unable to feel any pleasure. Anhedonia is the absence of feeling joy even when it’s something they love. For instance, sitting beside the ocean doesn’t comfort them as it usually does, as the disorder is affecting their pleasure receptors.

When a person is depressed, it’s not uncommon for there to be a reduction in thought processes and physical movements. With psychomotor reduction, the slowing includes not only the speech but also the person’s affect.

Sleep disturbances are common when depression is involved. However, when someone experiences depressive psychosis, they may have night terrors, hallucinations that disturb their sleep and experience lucid dreaming. This person may also sleep too much or too little, which is often the case for depressive disorders.

Suicidal tendencies are not unheard of when it comes to depression. Now, when you add psychosis to the mix, things can become quite scary. Hallucinations or delusions can only intensify the feelings to harm oneself.

Especially if a person is hearing auditory hallucinations where voices tell them to do stuff, it’s rarely an occasion that the voices heard in psychosis are positive. According to How Stuff Works, the voices are a figment of the person’s imagination, so it takes on the depressive state they feel at the time.

It’s easy to understand why a person experiencing hallucinations, delusions, sleep disturbances, and other symptoms might be paranoia. In the mental health field, this term is often referred to as paranoid schizophrenia; however, paranoia can occur by itself. The definition of being paranoid is to believe that someone wants to harm you, which is natural to see why someone who is in a depressive psychosis state might feel this way.

Formal thought disorder or disorganized thoughts are other hallmarks of psychosis. During this state, a person may feel like their ideas are racing out of control.

The chaos in the brain gets to be overwhelming, and it can drive them mad. An outsider can usually tell when this occurs. That’s because one can observe them as they jumble or confuse their speech or change the topic mid-sentence.

Some folks are more prone to psychotic symptoms than others, and family history may play a part in the development, according to Academia. Those who experience psychotic symptoms are more likely to have episodes in the future. With each depressive episode comes the risk of developing these issues.

For the person suffering from schizoaffective disorder, the prognosis is grim. However, the person who has depressive psychosis can achieve remission, according to the National Institute of Health. Consequently, there is an increased chance that someone with psychotic features is more apt to commit suicide than with depression alone, and sleep abnormalities may become more pronounced.

The most common age range for psychotic depression is between 20-40 as far as the initial episode. When dealing with major depressive disorder, psychotic tendencies are sporadic. One person may hallucinate for a week, and then, it will go away as quickly as it came.

Later, they might begin to experience sleep abnormalities. The key is that psychosis symptoms don’t always appear at once. Often, a person gradually goes deeper into this state as they continue to deteriorate mentally from depression.

It’s not always easy to identify psychotic symptoms in depression as doctors spend such a short amount of time with them. The only exception is when they are brought in as an emergency patient due to suicidal ideations, hallucinations, or delusions.

Additionally, it may present as a schizoaffective disorder if the depressive elements are not clearly identified. The fact that there are many overlapping symptoms makes it hard to distinguish the various facets of this mental health crisis.

Even more challenging is treating the person experiencing these symptoms. Traditional treatment methods don’t always work for paranoid individuals or have delusions as they fear someone is trying to harm them. One such method that has been explored is electroconvulsive therapy.

Electroconvulsive therapy or ECT is becoming a preferred method of treatment for those suffering from severe depression. Using electrodes placed strategically in the brain, small amounts of electrical currents are pulsed through the affected area. The side effects can be slight memory loss, but the process has become safer than in years prior.

While ECT tends to be a bit controversial, other natural herbal remedies can help.

Science confirms that ancient Chinese herbalists were onto something. Indeed, some herbs can help with psychosis and schizophrenia:

The trial-and-error process can be extended to see which herbs or grouping of herbs brings remission. However, according to Psych Central, the studies around these are ongoing and show promising results.

Dealing with major depressive disorder can be an ongoing battle that lasts for much of one’s life. A person prone to depressive episodes often finds that it has genetic and environmental links. To add to this issue is the aspect that a person suffering from deep depression can also experience psychotic episodes.

Both depression and psychosis can be episodic. Each episode will be unique in duration and intensity, as will the psychotic tendencies. A person may have crippling depression that leaves them unable to get out of bed, and the psychosis may be some auditory hallucinations.

However, the next battle may be debilitating psychosis that requires intensive treatment and depression that is just a bit troublesome. There is no rhyme or reason to these episodes, and it’s something that many must endure for life.

The good news is that psychosis can be effectively managed through natural remedies. Many herbs and blends can stop hallucinations and delusions; the key is finding the one that works best for you.

How I Unplug From Social Media in One Second 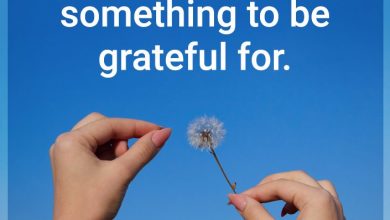