Do you find yourself declining a night out with friends as you would rather stay home and watch TV? It’s okay to do this occasionally, but if you make a habit of it, you may be using avoidance behavior. It could be that crowds make you uncomfortable, so you end up play with the host’s animals rather than interacting with people.

Avoidance behavior is a coping mechanism to help you with anxiety. It’s your way of handling the powerful feelings you’re having without aggravating the situation. There are many ways to show these behaviors.

Do You Have an Issue with Avoiding Things?

Have you ever set your phone to “Do not disturb” so that you didn’t have to deal with people? Another common way to cope with your stressors is to go into public without a friend or trusted person by your side. Avoidance and social anxiety are remarkably similar, and there are better ways of managing your angst.

The problem is that your actions are beneficial, but they’re not helping you resolve the root issue. If you keep resisting dealing with this issue, then it will persist in making your life miserable.

Avoidance behavior is not uncommon. It’s often seen among those who have post-traumatic stress disorder or those with anxiety issues. Some folks may avoid others because they struggle with their emotional well-being.

Experts Weigh In On Avoidance Behaviors

Alice Boyes, Ph.D., is a psychologist who wrote the book The Healthy Mind Toolkit. She indicates in her writings that many people feel unable to deal with the strong feelings they have, so they would rather avoid them altogether. Staying home rather than mingling with others is one way to avoid dealing with these emotions.

There’s not a person alive that wants an overload of stress. So, in any situation that would cause you to feel such emotions, your mind views it as a negative experience. In essence, you’re protecting yourself by avoiding anything that puts you in harm’s way.

If you have issues with social anxiety and avoidance behaviors, it’s no wonder you would pass over a job that requires public speaking. Stefan Hofmann, Ph.D., puts an interesting spin on this common mental health matter. As a professor at The University of Boston, he has ample experience dealing with emotions.

He believes that emotions give you the power to handle uncomfortable situations. The problem is that this isn’t always positive. This false sense of power is a very destructive coping mechanism.

When people use isolation or substances to calm their angst, they’re using harmful methods to cope.

Perhaps you use avoidance behaviors and don’t even realize what you’re doing. Your actions have become so commonplace that they feel like a regular part of your everyday life. Here are some standard avoidance methods that people use to ease their angst.

1. Avoiding Situations Where You May Be Judged

Any situation where you may be judge by your status or capabilities is uncomfortable. You probably avoid social situations for fear of judgment. The problem is that you’ve become afraid to go out in public because you think everyone is judging you, and this isn’t the case.

2. Flying Under the Radar

Remember being a child in school and terrified the teacher would call on you to answer a question? You may have put your head down, hidden behind a book, or seemed to be totally engaged in the hopes that they would pass you by.

Someone who is using avoidance tactics doesn’t want to stand out from the crowd. This individual prefers to fly under the radar so that they’re not detected.

When you’re avoiding situations or feelings, it’s easy to become distracted. How many times have you become engrossed in a new series on Netflix just so your mind can take a break from the real world? Also, many folks use video games as an alternative world that doesn’t come with all the pain of reality.

It’s easier to bury your feelings than to deal with them. Has anyone ever accused you of being emotionless or cold regarding a situation? It’s not that you don’t have emotions, but you’ve chosen not to deal with them because they’re too painful.

Everyone procrastinates a little bit, but someone who uses avoidance does it more so than most folks. They tend to put off dealing with things they know will increase their stress or anxiety. Whether it’s work or social happenings, they will find a way out of it.

Since most avoidance is steeped in trauma, it’s possible that your brain cannot recall certain events. For instance, your mind can block out things that are so painful to protect you.

You may find that there are specifics or entire events that you cannot remember. You’re avoiding dealing with these issues because they’re too painful.

7. Feeling Detached from Others

Do you often feel like the odd man out? Even when you’re in a crowd, it’s as if you don’t exist. You tend to detach from others because you fear getting hurt. You want to be the person that goes to work, does their job, and goes home.

You don’t like to get involved in the social aspects of things, so many people don’t honestly know anything about you. Throughout history, you’ll find that many people were detached from society, and they lived in a world all their own.

It’s good to have an optimistic outlook, but someone who engages in wishful thinking is often in denial. This person ignores the reality of a situation and is delusional about the matter. They have no plan of action to resolve the issue; they hope for the best.

9. Alcohol or Drug Use

The rehabilitation centers across America are full of people that used alcohol or drugs to mask the pain. Rather than dealing with the issue, they choose to self-medicate. The only problem is the pain only goes away while the effect of the substance is in your system.

When you become sober, you will still need to deal with the issues. Using numbing substances is only a temporary fix, yet those with avoidance tendencies use these methods all the time.

Isolating is a pretty common practice in people who feel socially awkward. If you find yourself avoiding phone calls, always saying no to a request for a night out, and preferring the comforts of home, then it’s an issue. It’s okay to crave solitude, but you need a healthy amount of social interaction too.

11. Unable To Have Loving Feelings

Have you ever seen someone in their 30s or 40s and has yet to have a meaningful relationship? The desire to love and be loved is powerful within a person. When someone has issues with avoidance, they will close off this part of their being to protect themselves.

They won’t open their hearts or emotions enough to feel such things, so they often live life alone where they think they’re safer. Thankfully, this can be overcome through counseling so that this person can have the love they deserve.

Now you know what avoidance looks like, but how do you cope with it? Well, here are a few ways that can help you to reprogram your brain to stop looking at the world so negatively.

Most people who have some form of anxiety will use avoidance behaviors without even realizing it. You’ve learned coping skills for your stress, and it’s become part of who you are today. However, you’re missing out on so many beautiful things, and some people can love and respect you that you’re pushing away.

There are ways to combat this avoidance so that you can live your best life. The good news is that you’re not alone in this battle. The National Library of Medicine estimates that seven percent of the adult population in this country suffers from social anxiety, and anxiety is one of the most treatable forms of mental illness.

Today can be the start of a whole new life for you if you’re only willing to take the first step.

How to Restore Your Energy through Meditation 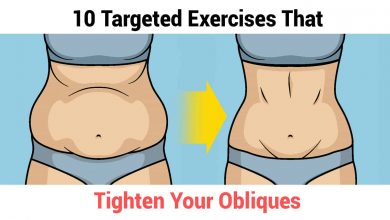 10 Targeted Exercises That Tighten Your Obliques 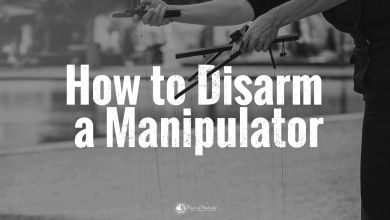 How to Disarm a Manipulator 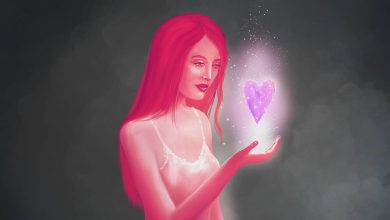 10 Habits That Make Every Day a Happy Day 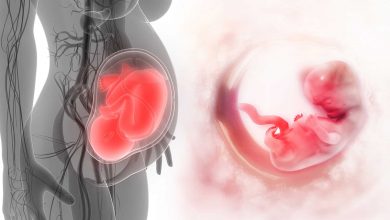