It can be hard to deal with a hostile co-worker.

When you find yourself in this situation, it can naturally make your work-life unpleasant.

If you want to improve the situation, finding a way to deal with your co-worker is essential. Addressing the problem can diffuse the tension and lead to a positive solution.

Twenty Comebacks to Say When Dealing with a Hostile Co-Worker

It would be best if you didn’t put up with hostile behavior from anyone, so don’t be afraid to speak up. Addressing the situation without returning the hostility is possible, so you don’t have to stoop to their level.

Sometimes simply acknowledging that you hear the person can encourage them to stop talking. Say it calmly, just to let them know that you are listening. Then, you can ask them to explain further or suggest talking about it later on.

2. “We are both passionate about our jobs.”

When you experience hostility at work, it could be that the person feels threatened by you. If you are good at your job, they might think that you will one-up them. Using this phrase will let them know that you think they are just as passionate as you are.

While this phrase might not always work, it could help relieve the tension a little. If the person believes that you think they are valuable, the hostility might decrease, and you might gain some respect from them. Otherwise, at least they will know that you are making it clear that you are working together no matter what.

Sometimes being blunt is the key to dealing with a hostile co-worker. Confronting them for their behavior can sometimes make them see that it isn’t okay.

Don’t go at them with a list of things they did wrong, though. Instead, use this phrase and question as they are behaving negatively. Doing it in real-time will solicit a better response than doing it at a different time.

4. “I’ve noticed that our co-working relationship isn’t the best. What do you think we could do differently?”

If you say this to your co-worker, it seems more like a conversation than an ambush. Catching them at a good time will help, too, because they will be more open to positive communication. Figuring out where the issues lie and how you can work together can make all the difference.

If you can resolve the differences in this way, your work life will be much more peaceful. Plus, you can develop a healthy co-working relationship with that person.

When the person says something rude or passive-aggressive, ask them to elaborate. It could be that you misunderstood, and this gives them a chance to clear the air. Or, if you understood correctly, they will realize that they are hostile and that you aren’t going to put up with it.

If you can, ask specific questions regarding their comment. They might feel better if they have an opportunity to explain, or your co-worker might realize that they are coming off the wrong way. It’s never okay to be rude, but sometimes enlightenment can go a long way.

6. “I understand you are concerned about this.”

Recognizing your co-worker’s concerns can sometimes diffuse the situation right away. They might feel like they aren’t being heard. Change the phrase to fit the exact experience that you are in.

When you’ve tried nicer tactics without a positive result, this question might do the trick. If their behavior becomes repetitive, saying this might embarrass them, especially in front of other people. While you don’t want to be hostile back at them, you can be assertive in this way.

Don’t put up with someone constantly interrupting you or arguing with you. Chances are, if you notice their behavior, other people do, too. You might be the only one that speaks up even when everyone else wants to, as well.

Setting limits in this way can be beneficial for a few reasons. First, you have a chance to calm down from dealing with their hostility. Plus, your co-worker has time to self-reflect and maybe realize that they were wrong.

If you reacted right then rather than suggesting a later time, you might have made the situation worse. Saying things in the heat of the moment can cause further conflict rather than finding a solution.

When you are just beginning to deal with the hostility, asking this question might help solve the problem. Sometimes, the co-worker might have an issue that you can handle quickly. Otherwise, this question will make them realize that you won’t just sit back quietly.

Be prepared, however, for the person to tell you your faults. Whether they are defensive or it is a legitimate concern, accepting your role might be the only thing that helps. Don’t accept untrue things, of course, but it is something to prepare yourself for.

Never hesitate to speak up and defend yourself. Don’t put up with demeaning behavior from anyone, let alone a co-worker. Once they realize that you won’t allow the behavior, they will likely try to change or move on.

If your co-worker interrupts you, it is a form of hostility. Call them out and let them know that they are rude. If they do it during meetings, they will feel even more ashamed of their behavior because you will have called them out in front of everyone.

If you’d instead do it in private, you can wait until later and approach them one-on-one. You don’t have to say it in a mean way, but be assertive and let them know that it isn’t okay.

Addressing this type of behavior at work is acceptable. You shouldn’t put up with condescending behavior, and calling people out can put an end to it.

Don’t be dramatic, and don’t go into a long rant about the way they are acting. State the issue and leave it at that.

13. “I’ll gladly discuss what you are upset about, but now is not the time.”

If your co-worker approaches you at an inopportune time and wants to talk, you can decline. Let them know that you see they are upset, and you will talk about it later. Don’t let them put you on the spot, especially if they are behaving this way.

14. “What you said is getting to me, so I want to make sure I understand.”

This phrase is another way to gain clarification on what the person intended to say. If they didn’t mean it that way, they can re-explain and have a conversation about it. Otherwise, making them explain their remark will make them uncomfortable.

15. “Do you realize that you’re being hostile?”

Sometimes people don’t realize that they are exhibiting this type of behavior. You might be the first person to tell them, which can help them make a positive change. If they do know, though, the comment will let them know to ease off a bit.

If the person is behaving this way because they feel threatened by you, thanking them might help. By thanking them for helping you, they will understand that you don’t feel superior to them. This realization can help decrease workplace hostility and help the two of you get along.

You can be respectful while still being firm with the hostile person. Let them know that you won’t fight or argue with them and that you won’t put up with disrespect. Choosing not to get sucked into their game might encourage them to lighten up a bit.

18. “We can continue this conversation when I’m less offended.”

If your co-worker has offended you and you feel defensive, this phrase is the way to go. Rather than allow your emotions to take over, walk away with a promise to finish talking later.

You can’t avoid having the conversation, or it will only worsen the situation, but you can put it off for a little while. Give yourself time to cool down and think things through before you handle it.

19. “Do you have any ideas to contribute to the plan?”

Asking the person if they have any ideas lets them see that you aren’t trying to outshine them. It gives them a chance to show everyone the value they bring, which could ease the hostility.

20. “The way you’re acting won’t solve anything that we are dealing with here.”

Sometimes letting your co-worker know that their behavior isn’t helping can make a difference. Hostile people don’t always like being called out, and they will likely be embarrassed since they are in the wrong.

You don’t have to put up with negative behavior from a hostile co-worker. Speak up and do what you can to put an end to the unpleasant situation.

Speaking up doesn’t always do the trick, but it can let your co-worker know that you won’t put up with it. If all else fails, at least they might aim their hostility elsewhere.

15 Things That Prove You Have a Soul Connection With Someone 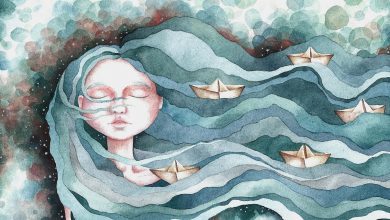 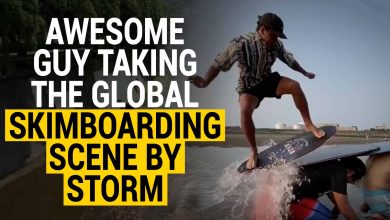 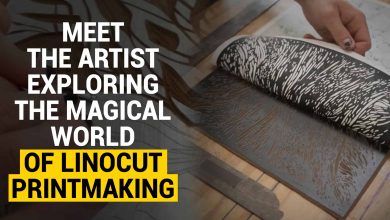 Meet an Artist Exploring the Magical World of Linocut Printmaking