Getting a tattoo is a serious matter. Sure, some people have a wild night out where they get a tattoo that they regret the next morning, but you don’t want to be that person. Most people get a tattoo that means something important to them. That’s why it’s good to know the meaning of tattoos.

Not all tattoos have underlying meanings, but enough of them do that you’ll probably want to take the time to learn about them. This article has 20 tattoo meanings that many people aren’t aware of. Read through these so you’ll be prepared at your first or next tattoo appointment.

A Brief History of Tattoos

Tattoos aren’t just really amazing body art that people recently started getting. They date back to ancient times; researchers and archaeologists believe that they date back as far as 4,000 B.C. in ancient Egypt. The evidence of this is found on ancient figurines and tomb scenes.

In ancient Egypt, tattoos were mainly for women to protect them when giving birth. In ancient Greece and ancient Rome, they were for both genders and indicated that the person belonged to a specific religion or sect. During ancient times of what is now South America, people, especially women often had large, ornate tattoos.

Over in ancient China, during the Han dynasty, officials often put on the face of criminals to indicate that they are a danger to society. In some cases, they also marked Chinese heroes as such.

In ancient Japan, starting around A.D 3, people began to see tattoos in a positive light and men would adorn themselves with beautiful tattoo art. Native Americans often had tattoos on their faces and arms.

Tattoos were common in many different cultures around the world and in each culture they had very specific meanings. Today, there are tattoos that are simply novelty art, but the majority hold specific meanings and/or purposes. The next section will point out 20 tattoo meanings you may not know about.

20 Tattoo Meanings That Are Unknown to Most People

These symbols are popular for a reason!

These birds were often symbols for sailors. The number of swallows could indicate how many successful voyages a sailor has taken. There were usually seen in pairs to show when the sailor set off and another to mark his return home. It’s also thought that if the sailor drowns at sea, the swallow can take their soul to heaven.

This tattoo is a bit more modern and is a traditional American tattoo. It’s believed to be a variation or evolution of the Jantzen Swimwear Company’s logo. The significance is that this company made women’s first form fitting, activewear style swimsuit. Before that, women’s swimsuits were large, baggy, and not suitable for swimming. In a sense, the diving woman can be seen as a token of women’s liberation from being covered up all the time.

This is an ancient Buddhist symbol that indicates a spiritual journey towards enlightenment. The spiral design indicates life’s turmoil during the person’s personal quest while the straight line indicates that the wearer has found the path and achieved enlightenment.

Butterfly tattoos are immensely popular, especially among women. However, they have a deep meaning in addition to their beauty and vivid colors. In Native American culture, a butterfly is a spirit animal that represents transformation. It’s a great tattoo for someone who has changed their life for the better.

Throughout time, doves have often been recognized as symbols of spiritual peace. They are often paired with rest in peace imagery to symbolize that the spirit of the deceased is at peace and has been whisked away to heaven. The soft cooing of these birds is also associated with peace since it can create a calming effect.

This detailed tattoo is a symbol of success. Some say it’s a symbol of power. These meanings can be combined to mean, “the more successful you are in life, the more powerful you become.”

Maple leaves aren’t a popular tattoo and it’s probably because most people don’t know that they have a deep meaning. In China and Japan, a red maple leaf symbolizes beauty and love. It’s also a symbol of sexuality and the sweetness of love. Tattoo meanings of maple leaf designs could be that the person is very sexual or very romantic.

This is another tattoo that stems from sailors. Lighthouses represent guidance, hope, and comfort for sailors. Getting a tattoo of a lighthouse is a way for people to remind themselves that life won’t always be stormy and grey. The tattoo helps them to look forward to calm, sunny days.

The fox is another Native American spirit animal. You may have heard the saying, “as sharp as a fox.” This comes from the Native American belief that the fox represents anticipation, observation, and stealth. In fact, foxes are often portrayed this way in modern culture.

This symbol is from Norse mythology. It is the name of the spear of Odin, the mighty Norse God which may be the most popular God out of all ancient mythology. A tattoo of the Gungnir represents many of the traits associated with Odin. The most popular characteristics are wisdom, healing, war, and victory.

In ancient Egyptian lore, Horus was the love child of Osiris (who was brought back from the dead) and Isis. He got revenge for his father’s death, losing his eye in the process. His sight was restored with a magic eye. One of the most common interpretations of this tattoo is a reawakening of your health. It can also be seen as dominating over your enemies.

This is an adinkra symbol from the Ghana culture. This West African symbol is said to be the hairstyle of an Asante war hero. It represents bravery and fearlessness. Tattoo meanings featuring this symbol indicates someone who is brave, truthful, and honorable. A soldier would be a great example.

This is a famous symbol you often see in art and fashion. While it is very recognizable, many people don’t know its meaning. It symbolizes the eye of God and represents the fact that God has his eye on his people. It’s one of the more obvious tattoo meanings you’ll come across.

Sword tattoos are popular because they’re just really cool, but many people don’t know what a sword (or a sword tattoo) represents. The most obvious representation is a warrior or a knight, but it’s a little deeper than that. It represents honor, chivalry, strength, power, authority, and protection. It can also express the desire for justice.

15. The Chinese Symbol for Friendship

Chinese symbols are extremely popular for tattoos. However, some people get them without knowing the meaning. Chinese characters themselves don’t necessarily have a “deep” meaning. They are a part of the Mandarin language. However, if you pair it with some other symbol or intricate design, it could represent deep tattoo meanings for the person wearing it.

As the national bird of the United States, the bald eagle symbolizes freedom and the ability to soar to new heights. A bald eagle tattoo is a way to show American patriotism. It’s also a way to indicate that the person is determined to be the best they can be in life.

You may not have ever thought of getting a turtle tattoo unless you’re into The Teenage Mutant Ninja Turtles. However, in Native American culture, a turtle is a spirit animal representing good health and long life. This makes sense because turtles can live for hundreds of years.

Some people mistakenly associate this symbol with evil or dark magic. It is actually a symbol of protection. This represents the four elements, and the fifth star point represents the wearer.

In modern times, people see the beetle as a destructive creature associated with villains or evil. In ancient Egypt, the scarab represented renewal and rebirth. They were also related to the rebirth of the sun each day. As a tattoo, it can be a symbol of spiritual rejuvenation for the wearer.

Tattoos are an art form that is only limited by the skill of the tattoo artist. More often than not, people get tattoos that represent personal tattoo meanings. However, it helps to know what certain symbols or images mean historically or culturally so the tattoo can make sense.

If you’re looking for something that hasn’t been done a million times, these 20 tattoo meanings and symbols are a great place to start. Not only have you sparked some new ideas by reading this, but you’ve increased your knowledge. Hopefully, this information has helped sparked your creativity for your next tattoo.

Motivated by his Children, Man Loses Over 150 Pounds

Yoga Teacher Shows Every Student How to Live Their Best Life 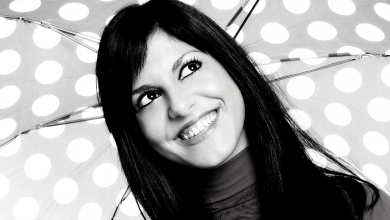 12 Behaviors Perfectly Explain Why Life is Good for Optimists 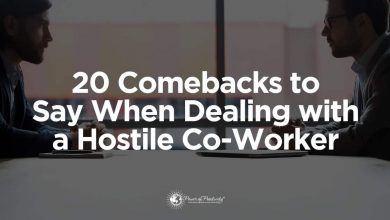 20 Comebacks to Say When Dealing with a Hostile Co-Worker 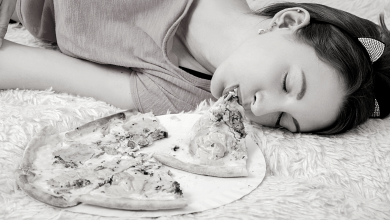 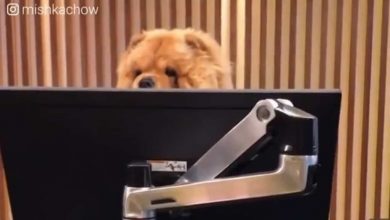 Meeting Mishka the Chow Chow Will Brighten Your Day