There are a lot of angry people in the world today. What makes matters worse is the prevalent undercurrent of rage appears to be increasing and getting stronger in society. Anger is an emotion; there’s nothing wrong with showing it when the situation warrants it.

If you find yourself stuck, having a bit of rage may give you some drive to push you forward. People often find themselves stuck in fear, but anger puts a spark in them. Sadly, many folks don’t know what to do with these intense emotions, as they can destroy you if you allow them.

It’s normal to bury those feelings rather than release them. You don’t understand that those intense emotions continuously recycle through your system. Psychologists see this time and again with people who had horrific childhoods or suffered abuse.

They don’t deal with the abuse and process it. Unfortunately, those feelings will only fester over time. Have you ever heard someone say someone is like a ticking time bomb about to explode? Having unsettled rage inside can make you very much like an explosive device. However, you can detonate that rage by learning a lesson from some smart folks.

The Harmful Potential of Anger

Have you ever experienced road rage? Imagine that you’re stuck on the freeway and running late for work. Out of nowhere, a lady cut you off. Suddenly, your face flushes with rage, and you’re spitting mad.

You almost had an accident because someone didn’t respect boundaries. Though a true crisis was avoided, it’s put you in a bad mood. You carry those intense emotions with you during the day because you can’t let go.

By 5 pm, you’re still in a foul mood because you never learned to release that tension from an incident in the morning. Now, to make matters worse, you’ve become more defensive the next day. You get on the freeway with a chip on your shoulder, daring someone to cut you off again.

Months and years can pass by, and you will recycle these feelings repeatedly. You add more to it daily to make the rage burn brighter as you anticipate an incident long before anything happens. Over time you can develop driving anxiety because you equate the trek to work to driving in a demolition derby.

This is how anger can quickly take over your life if you don’t let go and release it from your innermost being. An intelligent person knows that they must do something about that fury. Rather than sitting in traffic and allowing your blood to boil, what would happen if you practiced some deep breathing and let it go?

It wouldn’t have ruined your day, and you wouldn’t have developed intense road rage every time you drive. You could use those feelings to make changes. You could learn a new route to work that’s less stressful. What if you listened to music or books so that you didn’t have to sit in the car and stay angry during traffic jams?

Intelligent folks realize they have an option and can channel that energy into something better. Here are some reasons why smart people don’t let anger fester inside.

1. Negativity Never Does Anything Good (Except Make You Angry and Tired)

Anger is a form of negativity. While getting upset is okay, you can’t let it overpower you. Let’s assume an employee stole your idea for a marketing campaign. She got all the praise and gave you no credit for your work.

It’s easy to let these things fester and get deep into your heart. Sadly, holding grudges is only going to bring negativity into your life. The employee likely has performance issues and needs to step up her game. The problem wasn’t personal, but she was trying to save herself.

Rather than unleashing and harboring resentment, understand that karma and the Universe have a way of taking care of things. The same will be returned to you when you put negativity into the atmosphere. So, intelligent people know that they want positivity around them.

It’s easy to be mad and not forgive someone when they’ve done you wrong. Conversely, unforgiveness always hurts you more than the person who wronged you. If you want to have relationships that are healthy and strong, you will learn that forgiveness is the key.

Each time you forgive someone, you release the burden from yourself. If your spouse cheated on you, it’s easy to be angry and hold a grudge over such an offense. However, if you forgive them and let the rage go, you’re not letting it dominate your life.

An article published by John Hopkins Medicine states that forgiveness isn’t just something you do because it’s the right thing, but it can make a difference with your health.

Their studies have proven that people who harbor unforgiveness have lower immunity and often suffer PTSD. Learning to let go means that you free your mind and heart from the pain. 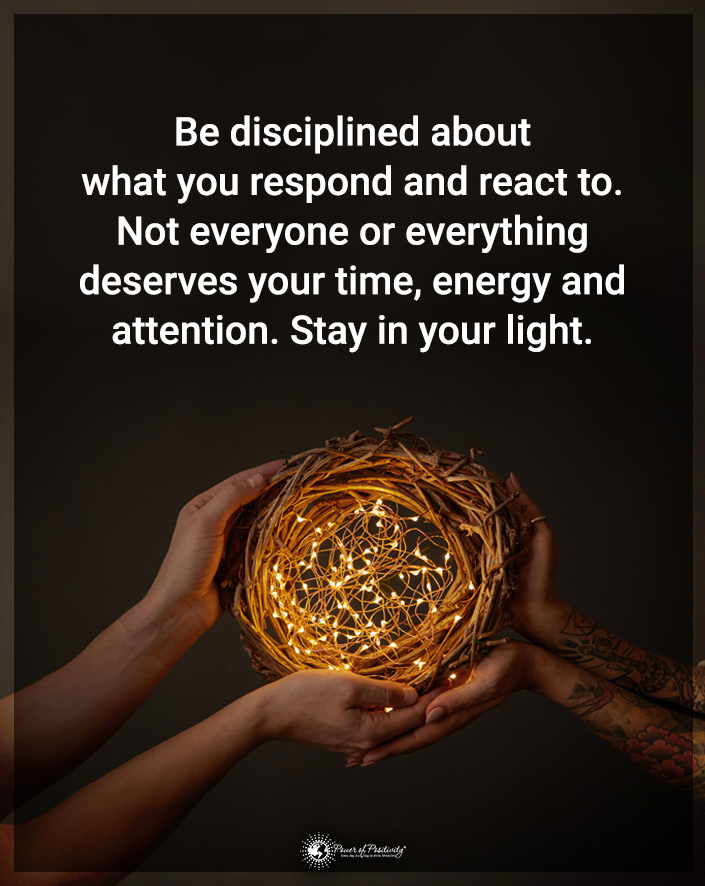 3. Anger and Resentment Keep You in the Past

Life is a journey that’s challenging. It’s best always to keep your eyes forward and never look behind. A fascinating story in the Bible occurred in Genesis 19 that helps put things into perspective. God was angry and about to destroy the city of Sodom because they wouldn’t turn from their wicked ways.

God wanted to spare Lot, his wife, and their two daughters. The Lord gave them one commandment as they left the city and fled to safety; they couldn’t look back. Jesus wanted them to focus on what was ahead and not what was behind them. Everyone can learn a lesson from this story as the things behind you will destroy you, precisely what they did to Lot’s wife.

As they were leaving, she turned around once more to look at what she was giving up, and she was turned into a pillar of salt. Ironically, a large cave was discovered in the exact area where this story is said to take place, according to Reuters.

Everyone has made mistakes in the past. The key is that you must keep your eyes ahead and focus on your goals. Smart people know that looking behind and concentrating on the past will do nothing but hinder their progress in life.

4. There’s a Lesson to Learn From Anger

Assume a friend asked you for a loan for $500. You graciously gave it to them until their tax refund came in. However, when the refund came, they didn’t pay you back what you needed. They had one excuse after another on why they couldn’t repay their debt.

It’s easy to become enraged at someone who would not repay the money you graciously loaned them. However, a smart person will focus on the lesson hear rather than becoming overwhelmed with resentment. Every situation that life brings to you has a lesson attached to it. It’s up to you to pay attention and release the angry feelings of the matter.

The lesson in this instance is that you should be cautious lending money. You know in the future that this person’s words mean nothing, as they didn’t honor their commitments. Intelligent people know that if you burn them once, they will ensure they don’t allow you to do it again.

Though you might release and let go of the hate inside your heart, it doesn’t mean that the lessons can’t help you make better choices in the future.

Some people go in circles and never accomplish much of anything, which is like a dog chasing their tale. This is very much how anger and rage affect you. You waste a lot of energy when you allow your emotions to take control of your life.

Think of all the things you could accomplish if you learned to harness all that pent-up rage toward something good. When you’re focusing on meaningless things, it’s keeping you from concentrating on the things that can help you reach your goals. 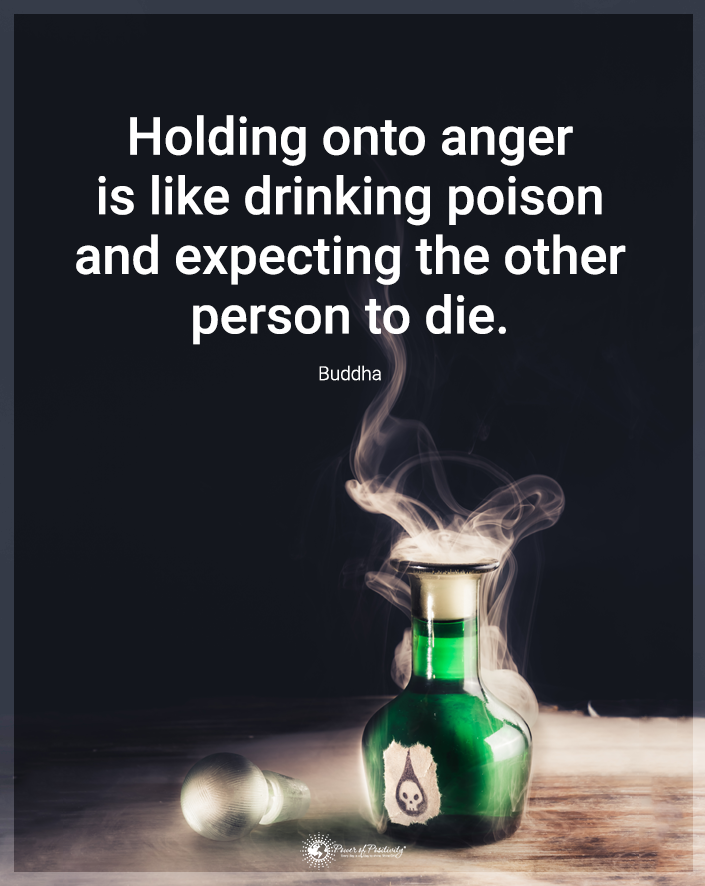 William Arthur Ward said you should never direct your angry feelings toward people but focus on the problem and find solutions. As in the instance of the road rage above, you got mad at the driver who cut you off instead of the real problem, which was the crazy traffic.

You didn’t know if that person was sick, had to be somewhere urgent as a medical worker, or had other situations beyond their control. However, you wasted precious time and energy on being mad about something just by taking it at face value.

By letting that anger fester, you developed a secondary situation as you feared traveling by the freeway. The power is learning to let go. When you release and let go of these intense feelings, you’re freeing yourself from whatever hold they can have on you.

Why Gifting Experiences Might Be the Best Idea This Year

How to Recognize Your Capacity to Love