Mindfulness-SOS for Ukraine is a digital mental health resource for forcibly displaced Ukrainians to find inner solace and peace in the present moment, and prevent long-lasting cycles of trauma.

“Our program aims to help people find those moments of refuge,” says Amit Bernstein, professor of clinical psychology at the University of Haifa, Israel, and director of The Moments of Refuge Project. Bernstein and his team developed Mindfulness-SOS for Ukraine in partnership with the Ukrainian refugee community, Global Empowerment Mission, Pandemic of Love, the Ukrainian Mindful Awareness Project, and Mindful.org.

“It’s hard to recover and heal if you’re not in a state where you feel safe,” Bernstein says. Throughout his years of working to support refugees, he’s found that although people may physically arrive in a safe space, recovering a felt sense of safety is often a lingering challenge.

“Collectively, we have an ethical obligation to help people recover from the trauma of displacement because I think the consequences and the costs of not recovering are extraordinary,” Bernstein says. “Not only in terms of individual mental health, but in terms of what we know happens with intergenerational transmission of trauma to kids. There are long-term generational consequences that can lead to tragic cycles of violence when there isn’t this kind of healing and recovery.”

Shelly Tygielski, Founder of Pandemic of Love, was on the front lines of the Ukrainian refugee crisis in the days and weeks after the initial Russian invasion, helping to coordinate shelter, medical aid, and food delivery for people fleeing Ukraine. “Never in my life have I seen such a volume of people fleeing all at once. It was a lot to wrap my mind around. And as a mindfulness teacher, I started to see the cracks forming.”

The Moments of Refuge research team works out of the Observing Minds laboratory at the University of Haif, in Israel. Their preliminary data shows “very high rates” of trauma and stress-related mental health issues already for Ukrainians. “It really speaks to the urgency of acting now,” though Ukrainians have shown abundant resilience, Bernstein says. “Mindfulness-SOS builds on a pre-existing capacity in people to be resilient, recover, and flourish. It’s not magic. It’s not medicine…it is about empowering a pre-existing capacity through these practices.”

The Power of Compassion

Bernstein and his team developed Mindfulness-SOS for Ukraine by adapting an evidence-based mindfulness mental health program they’ve been working on for the past few years to support forcibly displaced people from East Africa called Mindfulness-SOS. Both programs offer trauma-sensitive focused awareness and compassion practices that aim to de-stigmatize the experience of trauma and stress, in addition to helping the user find “a moment of refuge.”

The program has a built-in evaluation function that collects data on engagement and allows users to report any increases or decreases in mental health. Soon, the researchers will be able to know with more certainty who the program is helping, how it’s helping, and how they can optimize the content to serve the needs of displaced Ukrainians over time. So far, engagement is higher than they had anticipated.

“Part of the trauma and pain comes from the sense of isolation and uncertainty. There’s something very human about turning to love and acceptance as a way to cope with that.”

“We’ve found that refugees say that loving-kindness and compassion practices are really transformative,” Bernstein says. While more research is needed to pinpoint why these kinds of practices are so helpful, he speculates, “Part of the trauma and pain of displacement comes from the sense of isolation and uncertainty. There’s something very human about turning to love and acceptance as a way to cope with that.”

Ukrainian mindfulness teachers from around the world have contributed to the Mindful-SOS for Ukraine intervention to ensure that it’s culturally relevant to the target audience. A Ukrainian woman named Kateryna Vashtalova helped translate and record the mindfulness practices used in the program while she was displaced in Spain.

The launch of Mindfulness-SOS is one step in a multi-phase plan to support this cohort of displaced people as the war in Ukraine and its effects continue. Designed to offer barrier-free support, the challenge now is to deliver the program to as many people as possible.

Largely spearheaded by Tygielski, the program partners are now connecting with other NGOs, humanitarian aid organizations, and grassroots groups to disseminate the program to as many people as possible. They are also reaching out to Ukrainian influencers and putting up posters with QR codes that will allow anyone with internet access to easily find the program. In the future, they aim to deliver these mindfulness-based interventions within safe spaces implemented by and for the community that’s being served. Next, is support for the helpers and volunteers who are burning out on the front lines.

To learn more about The Ukrainian Refugee Recovery Initiative and support their efforts, visit momentsofrefuge.com/ukrainian-refugee-crisis.

Sustainable self-care requires us to build community. Just as we offer support to others, we can be open to accepting it for ourselves.
Read More

Aiming to foster inner peace and resilience for the millions of people forcibly displaced around the world, a team of scientists in Israel has designed a mindfulness program that meets refugees exactly where they are.
Read More

In this meditation on impermanence, Aden Van Noppen reminds us that when the outside world feels overwhelming, we can often find inner calm by coming back to the breath.
Read More 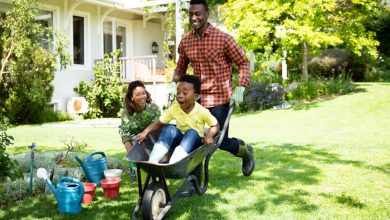 What Planting a Garden Taught Me About Self-Care and Community 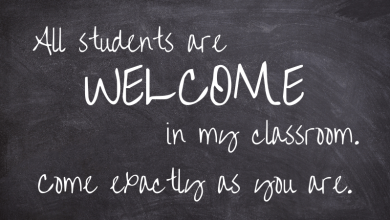 3 Trauma-Sensitive Practices in the Classroom 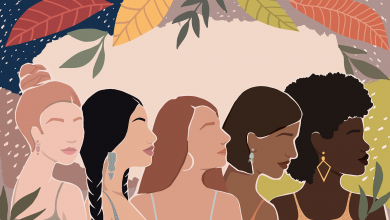 10 Powerful Women of the Mindfulness Movement: 2022 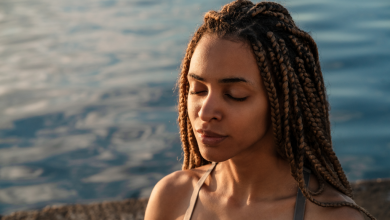