In an opening similar to that of Eat, Pray, Love, Amit Bernstein discovered his life’s purpose eating his way through Southeast Asia. A trip that was initiated by a childhood sailing dream, Amit found a job on a yacht in Thailand, and while there was a lot to learn regarding sailing, he found that his interest lay elsewhere.

“To my surprise, the only thing that really interested me on the yacht was the crew—the captains struggling with alcoholism, the (c)overt relationships between the crew,” he says.

When that journey through Asia ended with a sitar in India, what was once a teenage fascination with the human mind became a lifelong study of mind, awareness and human experience.

So, in 2008, after completing graduate school in Vermont, a clinical internship and postdoctoral work in California, Amit and his wife returned to Israel, where he took up a job at the University of Haifa in the Psychology Department and founded the Observing Minds Lab. A research lab focused on how mental health is shaped by the way we process our thoughts, emotions, and experiences; and what this information can do to alleviate suffering and promote human flourishing.

A Letter and a Newfound Meaning

An unprecedented 79.5 million people are forcibly displaced from their homes by conflict, persecution, and human brutality. A number that has only ballooned since the initial outbreak of COVID-19, and for Amit Bernstein, that number hits close to home.

He recounts a moment in 1990 when his mother found a letter in her aunt’s filing cabinet labelled “soucis familia” (family troubles).

“The letter had been hand-written in 1943 by my mother’s parents—Rose and Felix—from inside a train car in Paris, moments before it departed. The letter asked her Aunt and Uncle to care for my mother until their return,” he explains. “My mother’s aunt and uncle raised her along with her cousins in the years after the Second World War—after she lost her parents, on that train, to the brutality of forced displacement and genocide. Like so many others, her parents never returned. Over the more than 50 years since that day in 1943, my mother had not seen or even heard of this letter—the only living document of, and from, her parents.”

Today that letter hangs framed in his childhood home he shares with his wife and three kids, surrounded by their collective memory. And through the Observing Minds Lab, Amit and his research team developed the Moments of Refugee Program; a global project focused on the transformative impact of Mindfulness-Based Trauma Recovery on the mental, emotional and physical well-being of refugees and asylum seekers.

“To find and create humanity where it’s most needed, despite the odds. I am deeply grateful for the privilege to do this work.”

“I have come to understand that Moments of Refuge, and my group’s work to care for the well-being and human rights of refugees and asylum seekers, is part of my own work and effort to find and to make meaning from injustice, trauma and loss of forced displacement. To find and create humanity where it’s most needed, despite the odds. I am deeply grateful for the privilege to do this work.”

Using Mindfulness as a Tool for Healing

Due to a range of issues like unrecognized asylum status and economic instability, there is a lack of access to individual or trauma-exposed therapies that these communities desperately need. A solution to this issue would involve the development of mental health interventions that are effective, safe, brief, cost-effective, transportable, implemented and scalable. And it appears Mindfulness-Based Trauma Recovery for Refugees (MBTR-R) ticks all those boxes. Recent studies show MBTR-R has led to a reduction in chronic and debilitating mental health resulting from trauma, loss and so on. It’s even recently shown that it might also help in preventing suicidality.

“I have come to understand that we must bring the most ambitious, rigorous and compassionate science that we can envision to help refugees and asylum seekers heal from the trauma and injustice of forced displacement,” Amit explains. “I believe that science—with a focused human rights mission—is critical to help forcibly displaced people heal from, and ultimately thrive following forced displacement.”

Teaching humanitarian aid workers how to build resilience so they can handle the intense stress of supporting those in desperate need of help.
Read More

Dr. Gio Iacono is developing mindfulness-based programming that is accessible, safe, and supportive for young people of sexual and gender minorities.
Read More

Fashion Company Designs Accessories Out of Trash Pile in Russia 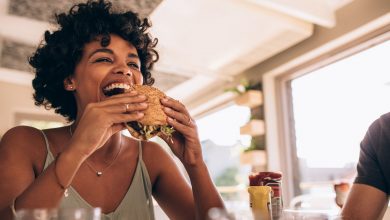 Want to Eat Mindfully? Here are the BASICS 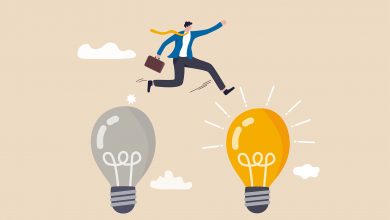 Navigating Change is Hard. Here’s How it Makes Us Better Leaders 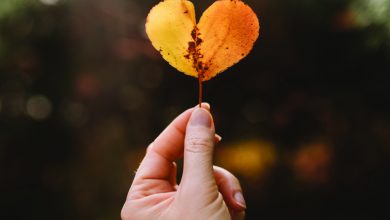 How I Found My Way to Gratitude 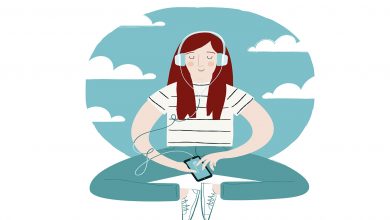