Welcome to a new series for mindfulness teachers, exploring ways to better serve the communities who have long been excluded from practice spaces. This first article addresses the importance of acknowledging and honoring Indigenous land.

As mindfulness teachers, we are collectively coming to realize that we hold a responsibility to engage with the realities and challenges of oppression. Systemic issues, including racism, oppression, and marginalization, have severely impacted the lives of Black, Indigenous, and people of color (BIPOC) in Western culture. Many teachers feel a sense of helplessness when thinking about addressing these issues. The Centre for Mindfulness Studies (CMS), where we all work, is beginning to turn toward what has previously been unspoken. In particular, we’ve begun to offer territorial (or land) acknowledgments, to speak to the historical roots of mindfulness and the white dominance of secular mindfulness, and to recognize diversity in a specific way during our programs and training. Many teachers express the difficulty they have in talking about these concerns, or being called out for not addressing them. They have also highlighted their lack of experience in this area.

In this series of articles, we hope to provide a framework and information to better meet the needs of marginalized and diverse populations served by mindfulness. We explore a bottom-up process that is interactive, learning from those we serve, discovering what they need and how best to deliver this. In this piece, we begin with territorial acknowledgments and how to craft authentic and meaningful statements. In subsequent articles, we’ll discuss mindfulness’s decolonization, implicit bias, systemic racism, oppression, and marginalization in mindfulness, and how we might address these issues as professionals.

As writers, we bring our distinct voices to this discussion. I’m Rose Mina Munjee, the primary writer of this piece and a BIPOC woman, who has lived experience of racism, oppression, and marginalization. Patricia Rockman and Blakie Sahay have had different experiences as white women and are on their respective journeys. Through our collaboration we hope to build bridges and foster dialogue among other secular mindfulness practitioners from all cultural backgrounds.

“This land is a poem of ochre and burnt sand I could never write, unless paper were the sacrament of the sky, and ink the broken line of wild horses staggering the horizon several miles away. Even then, does anything written ever matter to the earth, wind, and sky?”  — Joy Harjo (Muscogee Nation). “This Land is a Poem.” How We Became Human (2002).

In settlers’ accounts of colonial history, Indigenous peoples’ voices and experiences have been omitted. As a result, many people who live in Canada and the US do not know our history and relationship to Indigenous lands and nations. Since 2015, land acknowledgments have become increasingly customary, following 94 calls to action by the Canadian Truth and Reconciliation Commission (TRC) and directives from tribal leaders from American Native-led organizations promoting Indigenous governance. Many events now include a land acknowledgment in Indigenous and non-Indigenous spaces.

Several years ago, I heard a territorial or land acknowledgment for the first time at the University of Toronto. This practice touched me and piqued my curiosity to read and learn more. Inspired, I began to explore including a land acknowledgment in my programs and training. Over the past eighteen months at CMS, we have explored how to incorporate land acknowledgments in a meaningful way. This process has evolved into a mindfulness meditation practice, rather than a formula of reading a statement found online. Students and colleagues have commented on how thoughtful the process is and how touched they feel.

I realize this is just the beginning of my learning journey. In over a decade of teaching mindfulness, I have encountered very few Indigenous participants and no Indigenous colleagues. About a year ago, I experienced another shift in delivering land acknowledgments after reading about Indigenous elders’ and leaders’ perspectives on the topic. In consulting these sources, I learned about traditional daily practices that Indigenous peoples engage in to honor the land as a living entity that supports countless interconnected beings. I also recognized the importance of creating one’s own statement and including a commitment as part of an authentic practice.

Why We Acknowledge the Land

“When we talk about land, land is part of who we are. It’s a mixture of our blood, our past, our current, and our future. We carry our ancestors in us, and they’re around us.” —Mary Lyons (2019) (Leech Lake Band of Ojibwe), The Native Governance Center

Territorial acknowledgments have become political assertions, encouraging non-Indigenous people to appreciate that they are on Indigenous land, with the hope they act appropriately. Land acknowledgments are different depending on the region, referencing the Indigenous name of the land, and recognizing the specific Indigenous nations who traditionally governed and still live and thrive on the land. Generally, these statements interrupt the usual discourse in universities or government, where they were first widely adopted and where the discourse typically offers no commitment to action toward restoring Indigenous sovereignty.

Territorial acknowledgments have become political assertions, encouraging non-Indigenous people to appreciate that they are on Indigenous land, with the hope they act appropriately.

Acknowledging relationships to places they inhabit is an ancient spiritual practice that Indigenous people continue to observe. Honoring the land reminds Indigenous communities of their deeply interdependent, life-sustaining relationship with and obligations to the land, their ancestors, places of origin, clans, animals, and things. Practically speaking, if Indigenous people do not honor their responsibilities by acknowledging and respecting the land that nurtures and supports them, their survival is at stake. The ‘Dish with One Spoon’ treaty is an example of an agreement  that existed before the Europeans arrived, between Haudenosaunee and Anishinaabe peoples, to help them figure out how to live together in the same territory. It recognizes the obligations people living on the land have to each other and the earth, the animals, the waters, and the forests.

Universities and governments often exclude Indigenous peoples. Consecutive generations of settlers have historically attempted to extinguish or appropriate (or both) Indigenous languages, culture, families, and people. When we recognize the land, inside and outside of these institutions, we interrupt this narrative, demand recognition for Indigenous peoples, and assert Indigenous peoples’ presence—they have always been here and always will be.

Land disputes are ongoing, within North America and elsewhere. In many cases, there have never been legitimate treaties covering the land non-Indigenous peoples occupy. Governments and other institutions often forged the treaties under circumstances that included abuses of power, unfair terms, or threats to Indigenous peoples’ survival. In many places, settlers’ occupation of the land they live on is illegal, because Indigenous peoples have claims on this territory. Acknowledging the land is an act of reconciliation that conveys respect for the traditional territory of the Indigenous peoples who called the land home before the arrival of settlers. It lets us begin to recognize their rights to this land and their governance.

How Can We Acknowledge the Land Authentically and Meaningfully?

Land acknowledgments can become a merely symbolic or performative act, without supporting change. A truly thoughtful and mindful approach to this practice will help you make a meaningful statement.

A Mindful Exercise for Creating Your Land Acknowledgment Practice

Take some time to sit with these questions in silence, noting thoughts, related emotions, or body sensations. Be honest. The aim of this practice is not to judge yourself over what arises in reflection, but to simply cultivate awareness of your intentions.

2. Take time to research so that your land acknowledgment is accurate, respectful, appropriate, and meaningful.

3. Equipped with insights from steps 1 and 2, write your mindfulness-based land acknowledgment practice.

You might record yourself reciting it, listen to the recording, and seek other professionals’ feedback. (Consult resources below if needed.)

4. Be aware of the following in writing your land acknowledgment:

In conclusion,remember every step counts—starting with small steps forward is better than not doing anything at all. As mindfulness professionals, we need to draw upon our practice and resources to foster positive social change.

“…that land’s my home. That land’s my deepest wish, my wildest dream, the only prayer and the only temple i’m ever gonna need.” ― Richard Wagamese, Starlight

1. How you can learn more about Indigenous experiences in North America

2. Researching whose land you are on for Canada and the US

“The beauty of the natural world is given to us,” says Gretel Ehrlich author of This Cold Heaven, “but we abuse the gift by not looking, by using it for profit, by not recognizing its intrinsic value.”
Read More

15 Incredible Ways to Find Strength from Within

The Power of Loving Kindness & How to Cultivate It 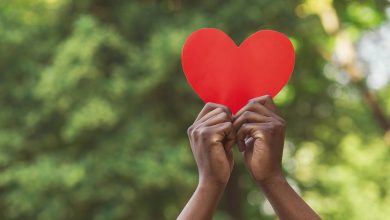 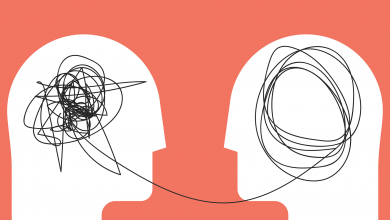 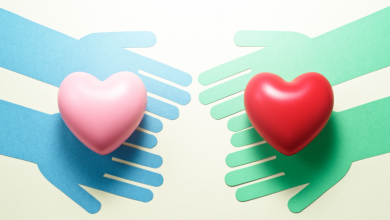