A recent set of studies shows that while mindfulness may enhance self-awareness, it does not necessarily increase prosocial behavior.

When we see ourselves as interdependent, we tend to behave in ways that are consistent with valuing interpersonal harmony and relationships, while those who see themselves as independent tend to act in line with the values of autonomy and self-benefit.

Mindfulness practices were initially developed in Eastern cultures, where people tended to think of themselves primarily in relationship to their communities, often referred to as interdependence. In Western societies, individuals often think of themselves as being independent, or separate from others. Prior research has shown that when we see ourselves as interdependent, we tend to behave in ways that are consistent with valuing interpersonal harmony and relationships, while those who see themselves as independent tend to act in line with the values of autonomy and self-benefit.

The Effects of Mindfulness on Socially-Minded Behavior

Researchers at the University at Buffalo conducted two studies to see if the effects of mindfulness instruction on socially-minded giving behavior would differ between participants who identified themselves as independent versus interdependent.

In the first study, 366 undergraduate students completed a survey assessing their levels of independence versus interdependence at the beginning of the semester. They were then assigned to either a mindfulness meditation group or a control group.

Students in the meditation group listened to 15 minutes of recorded instruction on how to pay attention to the physical sensations of breathing to induce a state of mindfulness. Control group members listened to 15 minutes of recorded instructions encouraging them to let their minds wander. Both groups then read an article about a local charity that served rural and unhoused people, and were asked to help raise funds for the charity by stuffing envelopes with letters to prospective donors. The participants were told that their decision would not affect the study.

The majority of the students (84%) volunteered to stuff envelopes, but those in the mindfulness group who rated themselves as independent were less likely to spend time stuffing envelopes than those who were socially-minded.

Can We Boost Our Willingness to Help Others?

In the second study, researchers were curious to see if priming a person to think of themselves individually or collectively before meditation instruction might yield different results.

A new group of 325 students were randomly assigned to either read a paragraph filled with “I” statements (e.g. “I went to the city”), or one with “we” statements (e.g. “We went to the city”) and click on each pronoun as they read the paragraph. They then completed a survey assessing their self-concept (independence vs. interdependence). Similar to the first study, students listened to either 15 minutes of recorded meditation instruction, or heard information on mind wandering. At the end, they were all asked to sign up for time slots to chat online with potential donors to a local charity.

Unlike the first study, this time 70% of the entire sample of students declined to volunteer to raise funds. In the mindfulness group, those primed to think independently were 33% less likely to volunteer, but those primed for interdependence were 40% more likely to offer to fundraise.

Results of the two studies suggest that while mindfulness may enhance self-awareness, it does not necessarily increase prosocial behavior. Encouraging individuals to think of themselves as part of a group while engaging in mindfulness exercises may boost their willingness to act altruistically. However, for those who identify as being independent, mindfulness instruction alone may not prevent them from thinking of themselves first.

Mindfulness equips us for times when we’re asked to listen and act. Here are three ways you can bring your practice to moments of social unrest.
Read More

Jessica Morey leads a meditation to help us connect with our own goodness. When we’re anchored in feelings of love and gratitude, we can bring loving-kindness and compassion with us out into the world.
Read More

Writer Sharon Begley explores the research on why decent people will watch someone in trouble, possibly even film it, rather than step up to help.
Read More

Meet a Pair of Golden Retrievers Who Will Brighten Your Day

7 Mindfulness Exercises to Support Our Youth As They Grow 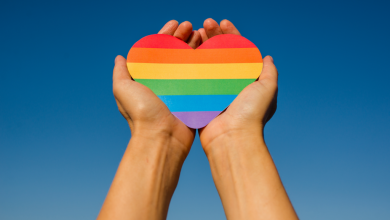