In my previous post, I described how a 5 night solo retreat to celebrate my 40th birthday supercharged my life.

Spending focused time alone to dive into one’s depths has been part of my spiritual tempo for most of my adulthood. I spent my 20s and 30s immersed in an international intentional spiritual community where meditation retreats were the norm.

However, it took everything falling apart to transform how I see these important solitary inner journeys as metamorphic vision quests.

Four years ago, this community where I came of age dissolved almost overnight. Its leader, my veritable spiritual father, was confronted by his closest circle about his ongoing and unchecked infatuation with power.

He resisted their assessments for months but finally complied and stepped down.

Like Toto pulling open the curtain that concealed the Wizard of Oz to reveal the small man projecting the demiurge, so went his authority and conviction that held our global community together.

I had to reexamine the entire scaffolding I built my spiritual vision on.

At the same time, I lost my job as the last salesman standing of a struggling research firm. While I had been successful in sales roles for over 10 years, the primary motivation driving my career trajectory had been this community.

My resume was an odd patchwork of professional opportunities that provided me the most money and time to be with my spiritual family.

While searching for work and processing my community unraveling, I ran the 2013 Boston Marathon (True Confessions: I bought a bib number off a qualified runner who could no longer participate).

Minutes after I dashed through the finish line, a BOOM went off behind me. I thought it was a celebratory cannon until I heard the fleet of sirens. I soon learned that my wife Diane was being rushed to the hospital having been a few feet from the terrorists’ first bomb.

A plate glass window fell on her head. Her eardrum ruptured. But those injuries would show to be less considerable compared to the psychological trauma of sidestepping death and being engulfed in the human chaos that erupted around her.

Discovering a Sense of Purpose

I went into a kind of survival mode and put my energy into finding a job and getting us more financial security. I hired a career coach to help polish me for roles with the most earning potential.

He kept insisting I needed to discover a sense of purpose to find my next best step. I kept replying that my quest for purpose got me into my current predicament and I just needed a high-paying job, thank you very much!

Months and heaps of unconsummated job interviews later, my unemployment checks were drying up. My career coach suggested that I go away for a few days alone to recover from the mounting disappointment. “Go get lost somewhere.” he encouraged with a smile.

I made travel plans immediately.

I rented a secluded home near the rocky coast of Maine. The day before I left, I got a call from a company that I was expecting to get a job offer from. Instead, I was told that I had been passed over.

I began my solo retreat filled with dread. I had been unemployed almost 5 months. My career coach’s wisdom finally dawned on me: Purpose is where our true power comes from.

Even in the most pragmatic sense, I needed it to stand out in the job market. Without it, I’d just be a machine with certain functionalities for hire.

I was desperate to ignite and turn over the engine of my soul. My biggest fear now: what if I spent these next few days lost in my head accomplishing little more than wasting precious time?

I concluded that if I was going to do any truly fresh thinking, it was essential to have more space inside me. I permitted myself for that first day (of five) to let go of the whole world.

I meditated for hours. When I wasn’t on my cushion, I continued to allow the nonstop thoughts about the future to pass through me like ghosts. Slowly, my panic about my predicament was loosening its grip.

Near the end of that day, I struck gold as I was meditating.

Like a miracle shooting up from a geyser, the part of us that is mysteriously inseparable from the vastness of existence came gushing in, momentarily extinguishing all my fears and doubts.

My heart opened to my challenges and there was more than enough room to embrace the pain I had been through and life-changing potential that could be born from it.

I spent the remaining days in a dialogue with this creativity. I would sit with any given burning question and watch as it attracted powerful impressions like moths to a light.

At a certain point, one of the impressions would spontaneously coalesce into an idea that would surprise me and inspire a more compelling question. I followed my inquiry towards how my perennial love for God could freely express itself in my career.

What became crystal clear was that I would never have anything of real value to offer the world if I continued to deny my love for God.

This clarity gave me no direct answers to my job search but it unlocked a reservoir of vigor to pursue my life with passion. A month after my retreat I was hired by the consulting firm I work at now and continue to professionally flourish.

I’ve also continued to embark on solo retreats to rejuvenate and attract new visions to chart my life’s course. It took losing my fundamental sense of security to stare squarely into the source of myself and see that it was good.

I’ve realized that if you give yourself the freedom and time to be with this magnificent energy, there is a friendship of love and ingenuity that will overwhelm you.

15 Quotes to Encourage You to Be More Optimistic Every Day

The Paradox Of Meditation & Holding Everything Gently 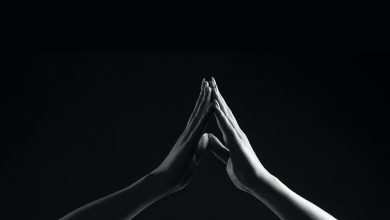 Is this in your self-care tool box? 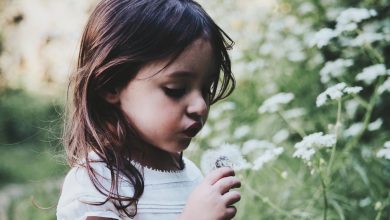 How to stop running away from yourself 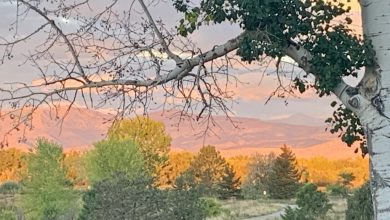 We’re all just walking each other home…