At any given moment, our senses are hit with a multitude of stimuli from the environment around us. The brain’s job is to filter through these stimuli and determine what is most relevant.

In the field of psychology, studies have attempted to explore the ways in which we pay attention to the world around us. It’s been found that people with mental health disorders can have negative attentional biases, which means they focus more on negative events than positive ones. These individuals can also take longer to disengage from negative stimuli compared to healthy individuals.

Despite years of study, findings have been inconsistent and key issues remain unresolved. The experimental methods used to test how we pay attention have relied on external stimuli (for example, scary or sad pictures popping up on a screen). While anxious people do spend more time focusing on these images, depressed people may be paying more attention to what’s going on inside the mind.

To explore this, the Observing Minds Lab at the University of Haifa in Israel set out to find a way to measure an individual’s internal world, which includes our thoughts, emotions, and memories. While methods have been devised to test our external attentional biases, trying to replicate what’s happening in our heads has proven to be more challenging.

“The [goal] was that we would create [internal] stimuli that we could use in an experimental way,” says Iftach Amir, psychologist and researcher at the Observing Minds Lab. Internal stimuli is made up of an individual’s thought content—the sentences or images that run through our mind as we’re going about our day.

Iftach says that it was also important to control the content, duration, and timing of the thoughts to mimic people’s actual lived experiences. To do this, the team developed the Simulated Thoughts Paradigm (STP), which experimentally delivers a person’s own thoughts back to them through a recording of their voice.

Delivering a Person’s Thoughts Back to Them

In developing the STP, Iftach and his colleagues (Liad Ruimi and Dr. Amit Bernstein) conducted two experiments with students at the University of Haifa. Participants were given a list of 100 sentences, some of which were neutral (“I have class today.”) and some of which were depressive (“Everybody hates me.”). The students were then asked to fill out a questionnaire to state how frequently in the last two weeks they’d had similar thoughts, and to rate how much those thoughts triggered an emotional reaction. From this list, 20 neutral and 20 emotionally-charged thoughts were chosen and participants were recorded saying the sentences out loud.

After rating how they were feeling that day, participants were invited to sit back and listen to the series of sentences they had recorded. Following this, they were asked to rate their feelings again. “The basic finding is that the stronger the negative emotional reactivity the person showed [to the thoughts], the higher the levels of depression they would likely report…as well as anxiety.” While Iftach admits this seems like an obvious finding, there has not been a lot of empirical evidence to prove this phenomenon.

Following this, the research team tested the participant’s attentional processes. The students were played one sentence at a time and asked to select if it was a neutral or negative thought. Five-hundred milliseconds before the end of the recording, a number appeared on a screen and the participants had to indicate whether the number was odd or even. The key measure in this experiment was how long it would take the participants to answer.

The participants who had rated stronger negative emotional reactions to a specific thought would, on average, take longer to disengage from the thought and respond to the number on the screen. The research team also compared the time it took to respond after hearing negative thoughts versus neutral thoughts.

“The more emotional response you have to something, the more likely it is your mind will attach to the thought.”

Participants who ruminated on these negative thoughts reported higher levels of depression and anxiety. “The more emotional response you have to something, the more likely it is your mind [will] attach to [the thought],” says Iftach.

In the second study testing the STP, the research team looked at the process of selection, or why certain people are biased to certain kinds of thought content. During the attentional task of the experiment participants would hear “chunks” of thoughts, including three or four negative or neutral thoughts grouped together. The chunks were played over each other on either the right or left ear. Participants were asked to press a button if they heard the same sentence repeated twice in a row, and to indicate whether they heard the repetition on the right or left ear.

The outcome from this second study was how accurate participants were at identifying these repetitive negative and neutral thoughts. The difference between the accuracy of picking out the negative thoughts versus the neutral thoughts is the attentional bias. “We found pretty much exactly the same pattern of results, in that more negative emotional reactivity led to greater bias to negative sentences,” says Iftach.

While these experiments studied the functioning of our thoughts and attention (which occur in a span of seconds or minutes), our thought habits (which occur over days and weeks) are linked to the diagnosis of mental health disorders. Many studies have attempted to intervene at the level of thought and attention to prevent or improve symptoms of anxiety and depression.

Iftach is enthusiastic that the STP methodology could be used to test attentional processes during mindfulness meditation, which may help to explain how the practice improves mental health. “One idea [is that mindfulness] improves people’s ability to let go of thoughts and more quickly disengage,” he says. “But what I think is that it’s really much more of a process of mental awareness…in the sense that people just become more aware [of] how frequently they have negative thoughts.” With time, individuals can learn to be less judgmental and less attached to those thoughts.

Iftach hopes that his lab’s methods lead to further study of how maladaptive thought processes lead to depression and anxiety. “The real parts of our lives are how we attend to our emotional experiences, and we hope that this methodology can enable researchers to bring people’s actual lived experiences into the lab, while still maintaining this ability to control the key variables that are needed to confidently measure whatever it is we want to measure.”

Founding editor Barry Boyce answers our questions about emotional intelligence, being kind to ourselves, and turning toward our emotions.
Read More

Feeling unwell can be hard work sometimes—and that might be a sign that it’s time to stop trying so hard. Taking the mindful path means making room for suffering, too.
Read More

Our automatic reactions are the result of unexamined habits, including anxiety. In his new book Unwinding Anxiety, neuroscientist and psychiatrist Judson Brewer explores how mindfulness can plant the seeds for a calmer mind.
Read More

This Adorable Golden Retriever Has a Huge Personality » 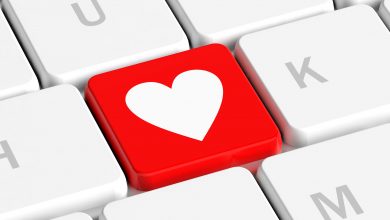 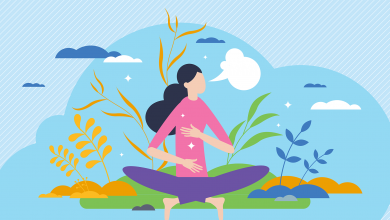 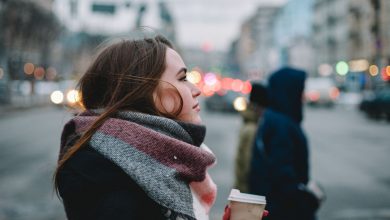 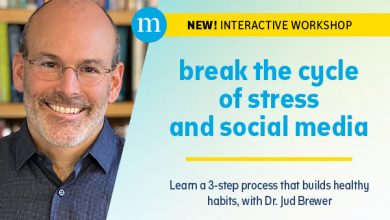 Break the Cycle of Stress and Social Media: Learn a 3-step process that builds healthy habits