It’s true what they say: Grief is love with no place to go. When you lose someone or something, you have all these feelings that no longer have a destination. The feelings just seep out of you like air in a drafty house. To get by, you have to find people to help you. You have to find your helpers. They will be the fuel to keep you going, the spark to get you started again. Thankfully, I have had many helpers in what I call my crazy new life.

February 14, 2018, was supposed to be a day of love. Instead of a romantic dinner with my wife, the plan was to watch our wedding video with our fourteen-year-old daughter and sixteen year-old son as a way of showing them the beauty of Valentine’s Day. My daughter Jaime had come up with the idea.

Our family drill that morning started off like any other day. The kids were running late for school, the dogs were barking because they wanted to be fed and walked, and Jennifer and I were scrambling to get ready for work. These are the details I remember from that morning. What I cannot remember still haunts me. I can’t recall if I told my kids I loved them as they ran out the door. I was too busy telling them, “You’re late! You need to get to school.” I never expected these would be my final words to my daughter.

Thirty-four people were shot that day at Marjory Stoneman Douglas High School in Parkland, Florida, with seventeen killed and seventeen injured. My daughter Jaime, a tough-as-nails fourteen-year-old dancer with a huge heart, was the second-to-last victim to be shot. The shooter had gone to the third floor—where Jaime was—with the intention of shooting students on that floor and those outside through a window. While the shooter was reloading his AR-15, she took off down the hallway toward the stairwell. Authorities think she was maybe one foot away from turning the corner. One foot away from safety. One foot that would have allowed her to join up with her older brother, Jesse, at a nearby Walmart, and then to make her way back to her mother’s and my arms.

At the time of Jaime’s death, I was already struggling with deep personal loss. Just four months earlier, my brother Michael died of pancreatic cancer due to complications from his service on 9/11. He had been exposed to so much dust and chemicals while working to help out at Ground Zero that, in the end, the damage caught up with him. Michael battled his cancer heroically for nearly five years, passing away at age fifty.

Grief is unpredictable. You milk the good days and then do whatever you must to get through the bad ones. And you find the helpers. They will assist you in ways you can’t imagine and don’t expect. They can be your loved ones, your family members, your neighbors, your colleagues, people from your church or temple congregation, or even total strangers. Whatever hardship you’re going through, you can’t get through it alone.

The night Jaime was killed, her dance sisters made orange ribbons in her memory—orange was Jaime’s favorite color. That was an inspiration in itself, but then a picture of the young women wearing their ribbons went viral on social media. Within twenty-four hours, people all around the dance world were wearing orange ribbons. A Los Angeles-area mom came up with the idea of the dancers wearing orange ribbons at their competitions. Professional dancers at the American Ballet Theatre posted on Instagram showing orange ribbons affixed to their costumes.

Broadway shows like The Lion King and Hamilton honored Jaime by wearing orange ribbons. Seeing all of this support for Jaime helped us get through that rough first week—and inspired us to start her foundation, Orange Ribbons for Jaime.

Jen McGuire, a news writer for Romper.com, beautifully covered the orange ribbon tribute: “All over the country this weekend, people will be dancing for Jaime. She’ll be present in auditoriums, in concert halls, in theaters, and dance studios. The memory of Jaime Guttenberg and the senseless violence that cut her life so terribly short will spread through the country, one orange ribbon at a time. It’s a lovely tribute, one her family might appreciate through the terrible fog of their own crippling grief. Wearing an orange ribbon for Jaime will keep her memory alive, even as her family plans her funeral. Because I guess that’s the cold, awful reality, isn’t it?”

In February 2020, days after the two-year mark of our loss, we held a fundraiser, and three comedians—Jessica Kirson, Jim Breuer, and Alonzo Bodden—volunteered their time to raise money for our cause. Everyone who attended said that they had not laughed like that in years—including me and my family. Being able to laugh with our loved ones, our friends, and our community was a healing moment that will not be forgotten: more helpers from unexpected places.

You need to know, despite how hard it’s been, I got this. What’s more, You got this.

I continue to share the story of the journey I’ve been on since Jaime’s death and how I’ve been able to get through the worst of times thanks to the love and kindness of others. I tell the story of my family life, my brother Michael’s illness and untimely death, and the story of what happened to my family and our community. Despite these very hard subjects, I share them so we can all look forward. You need to know, despite how hard it’s been, I got this. What’s more, You got this.

I know what it’s like—you turn on the TV or open social media and maybe all you want to do sometimes is crawl under the covers. But hang on and look past the noise. You can get through these moments when they happen, whatever the moments in your life may be, as long as you look for the helpers. So much of what I’ve learned these past few years boils down to how amazing and decent people are. I have been truly touched by those I’ve known for years, those I have gotten to know, people in media, and people in politics—and the extent of their thoughtfulness and compassion.

When your challenging moment comes, how you react to it and the attitude you choose to have in response will help define you going forward. Ultimately, we have to find ways to move forward from tragic moments, as well as from ecstatic and joyful moments in life. In the end, what shapes your future is how you respond to your moments.

Adapted from, Find the Helpers: What 9/11 and Parkland Taught Me About Recovery, Purpose, and Hope.

9 Mindful Eating Tips for the Holidays

5 Ways to Practice Gratitude to Apreciate and Connect With Others 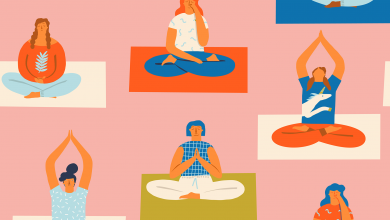 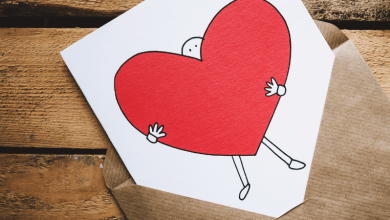 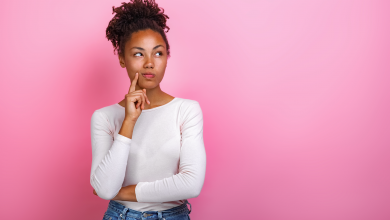