Dr. Gio Iacono is developing mindfulness-based programming that is accessible, safe, and supportive for young people of sexual and gender minorities.

Dr. Gio Iacono is calling on people in the field of mindfulness to pay attention to LGBTQ+ youth.

“Traditional mental health approaches just are not meeting the needs of queer and trans youth,” he says. “They are very much underserved and understudied in terms of developing and researching programs and interventions that will actually be helpful.”

A mental health clinician and assistant professor at the University of Connecticut, Iacono recently received a grant from the Mind and Life Institute to develop mindfulness-based programming that is accessible, safe, and supportive for young people of sexual and gender minorities.

“Traditional mental health approaches just are not meeting the needs of queer and trans youth.”

Iacono identifies as queer himself and says that his interest in developing systematic mindfulness-based programming for LGBTQ+ youth largely stems from his personal experience of a lack of resources when he was younger. He says that he didn’t know “that you could be queer and be okay, or you could be trans and be okay and a fully deserving human being.”

It wasn’t until he reached adulthood and was already working as a mental health clinician that he came upon Kristin Neff’s book, Self-Compassion: the Proven Power of Being Kind to Yourself, which he says was a game changer.

“I finally realized there’s a way to practice the age-old wisdom of loving yourself,” he says.

Iacono took a deep dive into research about mindfulness and found that the ideas of awareness and loving-kindness resonated on a deep level that helped him find more acceptance. He now practices mindfulness moment-to-moment and wants to help LGBTQ+ youth tap into its benefits.

A Trauma-Informed Approach to Mindfulness

With his Mind and Life grant, Iacono is researching and developing Tuned In!—A Mindfulness-Based Affirmative Program for LGBTQIA Youth, an eight-week online group intervention program to support people in this demographic. It includes mindfulness practices like breathing meditation, loving-kindness, and awareness practices, but each mindfulness exercise is adapted from feedback he receives from the youth he works with.

He says that LGBTQ+ youth have expressed that typical mindfulness-based therapies and interventions felt strict and didn’t take into account their experiences which made it hard to feel safe. Tuned In! aims to differ from other mindfulness-based approaches in that practices and discussions are adapted to validate and affirm the pain and suffering these youth experience by explicitly naming sources of stress like prejudice, stigma, and oppression.

“It will be the first systematic development of a mindfulness-based approach specifically for LGBTQ youth,” he says.

They also talk about what they can do about oppression and how to find empowerment. Iacono says many are interested in getting involved in their community, politics, and social systems to help bring about the change they’d like to see.

The Future of Mental Health Care for LGBTQ+ Youth

According to the Mind and Life Institute website, a pilot feasibility study of the program showed that it “significantly increased self-compassion, mindfulness, self-kindness, and common humanity, and significantly lowered self-judgment, all while enthusiastically engaging [sexual and gender minority youth].”

Although, Iacono also received feedback from participants suggesting changes. He says one of the biggest takeaways was to offer options for people to choose how they would like to partake in guided mindfulness practices. For example, instead of instructing people to focus on their feet resting on the ground as an anchor in meditation, he might invite them to focus on a body part that feels like it’s safe to concentrate on. Different body parts may hold trauma and be triggers for some people.

Moving forward, Iacono will run a pilot test of the full eight-week program in the New England area of the US. If the study continues to show successful results, he says that one day he would like to see mindfulness-based resources and support for LGBTQ+ youth on the national public health agenda.

“Queer youth matter and mindfulness may be a very important component of improving mental health and health for queer youth,” he says. “We can’t leave these youth behind.”

Coming out as a gay man was terrifying for Charles Hargobind, but mindfulness helped him step into his authentic self with confidence.
Read More

Michelle Maldonado, coauthor of A Bridge To Better: An Open Letter To Humanity and Resource Guide, shares a guided meditation for strengthening our ability to be self-aware, self-actualized, and self-determined as we co-create our emerging new reality and world together.
Read More 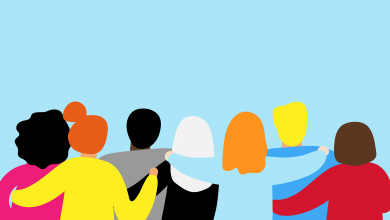 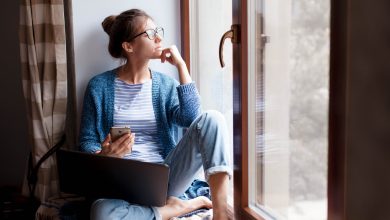 How to Bring Mindfulness to Your Digital Life 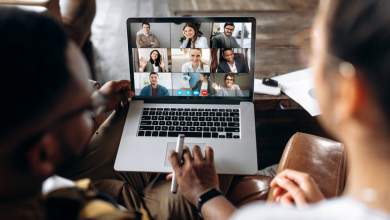 Why Relationships Are Key to Well-Being 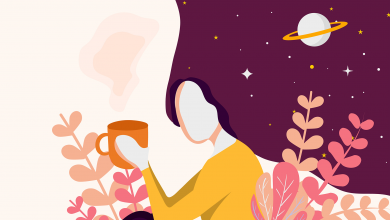 Finding a Way to Measure and Study Our Internal Attention