If you’ve never seen a chow chow before, it basically looks like a tinier version of a teddy bear. Mishka, a three-year-old dog from Melbourne, Australia, steals hearts on the Internet every day. She’s a giant ball of fluff that can brighten anyone’s day, so we wanted to share her with you!

Mishka is a red chow chow, and her name actually means teddy bear! It’s a very fitting name for her because she’s fluffy and cuddly, just like a bear. Mishka has two siblings, whom she missed her first night very much at her new home, but she adjusted quickly. She enjoys going to the beach, trying new treats, and in general, lounging around the house with her mom and dad.

The breed is in the working dog group, weighing anywhere from 40 to 70 pounds. It can stand as high as 17-20 inches tall at the shoulder and live up to 15 years. Their distinctive traits include a “lion’s mane” around their head and shoulders, a bluish-black tongue, and almond-shaped eyes. While they usually have an aloof, slightly snobby expression, their smile can light up a whole room!

The chow chow can have either a rough or smooth coat of red, cinnamon, cream, black or blue. They do shed quite a bit, so if you get one, make sure you groom it regularly. Despite their thick manes, many owners say they are otherwise very clean dogs. They housebreak easily, don’t have much odor, and are just like cats with their grooming routine.

With their deep-set almond eyes, large head, and scruffy lion-like hair, the breed looks very proud and noble. While chows may look unapproachable or mean, they are fiercely loyal to their families.

They can be shy and aloof with strangers but never aggressive or ill-tempered. The chow’s characteristics combine the honor of a lion, the cuteness of a teddy bear, and a cat’s independence. Oddly enough, chows also resemble panda bears because of their playful, comedic nature.

Chows have a dignified, aloof aura about them, so owners who want tons of affection from their dogs may not enjoy this breed. These dogs do not like a lot of hugging or cuddling but will remain loyal and attentive to his family. If you like a low-key, quiet dog companion, you will love having a chow around.

Because of their independent nature, chows don’t generally do well with young children or other pets. A chow will accept children without being aggressive, of course, but may not tolerate roughhousing well. Chow chows do best in homes with older children or with well-behaved young children.

As puppies, chows should interact with strangers and other dogs to ensure positive experiences in adulthood. These pups often feel suspicious of strangers, so training them to get along with others early is crucial. They will never lash out at strangers but will give a warning to anyone threatening their family. They are very territorial and protective of those they love.

Chows have a serene nature and acclimate well to city life since they don’t require many exercises. While they are active and alert, they need only a few daily walks to stay in shape. They also enjoy playing with toys, but they don’t typically like strenuous or rough types of exercise. Because of their thick coat, you’ll want to make sure they stay out of the heat. They can easily become overheated in hot or humid environments.

History and interesting facts about the chow chow

The chow chow is one of the world’s oldest dog breeds and is believed to have common ancestors with breeds like the Norwegian Elkhound and the Pomeranian. Many artifacts from China’s Han Dynasty have the chow on them, as the breed originated in Mongolia and Northern China. One Chinese emperor reportedly had a kennel facility with 5,000 chows as his hunting dogs. Chinese nobles revered these dogs for their protective and loyal nature.

While they may have earned a reputation for guarding their owners’ possessions, they also made wonderful hunters. These canines were also used to haul items across long distances. Sadly, it’s said that their ancestors were used as a food source in times where the protein was scarce. Historians believe the origin of the name itself came from the Cantonese word for “edible.”

However, a more well-received explanation about the origins of the breed name comes from the 18th century British Empire. The English expression “chow chow” described miscellaneous items among a trading ship’s cargo during this time. So, “chow chow” became another way of saying “etcetera.” The dogs the British traders received in China also fell under the umbrella term chow chow, and the name just stuck.

In the 1820s, the London Zoo exhibited the breed, calling them the “Wild Dogs of China.” They didn’t become popular in the west until Queen Victoria, who loved dogs, got one as a pet later in the century. These dogs first came to America in the 1890s and got admitted to the American Kennel Club in 1903.

Final thoughts: This breed makes a lovely companion for anyone wanting a low-key dog

The breed is noble, dignified, and stubborn but will remain fiercely loyal and protective of his family. Mishka clearly loves her mom and dad and makes people smile daily. Her name means teddy bear, which fits her since she looks like one and also seems to love big bear hugs!

Not all chows fit the description we gave above. However, the AKC generally finds the breed to have these characteristics. Mishka certainly seems much more affectionate and friendly than most chows! If you would like to adopt a pet, make sure you set aside time for training. If you want a dog who will stay loyal to you without requiring a lot of maintenance, they make the perfect pet. 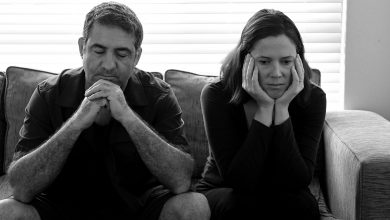 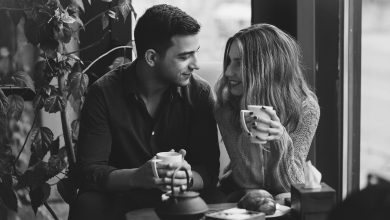 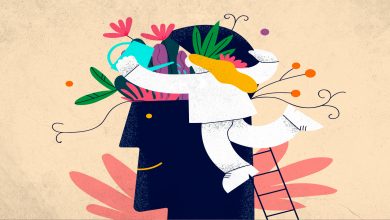 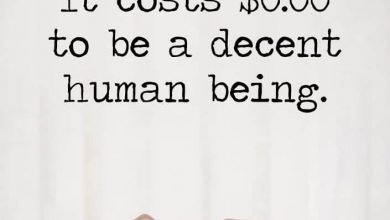 18 Things a Self-aware Person Does Without Realizing It »