Do you ever wonder why some people seem to make only bad choices? Why sometimes it looks like they even want to make questionable decisions? Do you ever feel like no matter how hard you want to help these people, you can’t reach them?

People make terrible life choices all the time. Sometimes humans get it wrong, from quitting a great job to investing in something with bad returns or trying dangerous things. And just because someone’s choices are questionable, that doesn’t mean they are bad people.

In this day and age, there are so many choices and so few guidelines. People just get lost sometimes. No one can juggle the responsibilities the world throws at them on their own. Sometimes, people start unraveling at the edges, and the pressure makes them do the wrong things. Just because your friend has started drinking because they can’t stand the pressures of their job, that doesn’t mean they’re a terrible person. They are just lost and need your understanding and compassion. All you need to do is learn how to be their rock when they need you to.

What causes someone to make poor choices in life? Here are three things.

Most decisions are based on picking the best path out of several choices. If you need a new shirt, you will select a few options before narrowing it down to one. If you are offered a promotion, you will have to choose between keeping your old life or taking on something new.

For day-to-day problem-solving, people rely on heusterics. A heusteric is a cognitive shortcut that your brain relies on to make judgments quickly and efficiently. They are general rules that shorten decision-making time so that you can make choices in a split second. That way, people don’t have to stop every five minutes from thinking every little step through.

The problem with heusterics is that they are based on a myriad of stereotypes and biases. While most of those biases can be good and helpful, there’s a risk that some are not. Some experiments even show how prejudice can influence decision-making.

An experiment conducted by Daniel Kahneman and the late Amos Tversky demonstrates this idea. In that experiment, people were asked to spin a wheel that would choose a number between 10 and 65. Then, they were asked how many African countries are UN members. Even though the number they got when spinning the wheel had no connection to the question, it still influenced answers. The participants who got a higher number on the wheel guessed that a more significant number of African states are UN members. The behavior displayed in the experiment is commonly known as an anchoring bias.

It is because of these biases that our ability to choose between multiple options is sometimes affected. If you were raised in a household where your parents drowned their sorrows in alcohol, you might believe that is an option for you. And, when you hit an obstacle, if you have to choose between that and staying strong, you might default to what you know. That’s why people make bad life choices. Not because it’s fun, not because they want to, but because their mind is set on sabotaging them.

Many psychologists and sociologists have wondered why smart people make stupid decisions in all aspects of life throughout the years. From love to money, morals, politics, or other areas, the most intelligent people can fail the most.

This is a question that even journalists have asked in the past. Javier Zarracina, a reporter from Vox, reached out to neurologist George York from UC Davis to try and answer it. They found out that a neuro-biological sequence in the brain makes people perceive the world in ways that contradict reality under certain circumstances. This shift in perception has nothing to do with IQ levels, morals, or past behaviors. They named this experience “brain shift.”

Brainshift was found to happen in two situations: when people feel elevated anxiety levels or when a significant reward is involved. In these situations, there is a much higher chance for people to do regrettable things. So, people don’t consciously decide to make bad decisions. Their brain tricks them into it. While your perception is distorted, what you are doing can seem reasonable to you, even though you would never do that in normal circumstances.

An experiment by neuro-economist Gregory Berns illustrates precisely this behavior. He recruited people for what he said was a visual experiment involving 3D shapes. The participants tried to determine if the shapes would match or clash when rotated. This experiment took place in groups of five, but four of those people were on the research team. They would intentionally give wrong answers to confuse the real volunteer and see how they act.

Science found that 30% of participants responded correctly, despite what they heard from the others. But MRI scans showed that the amygdala (the part of the brain associated with negative emotions) was triggered through the decision-making process. Thus, it was determined that those people experienced high levels of discomfort while answering.

For the other participants, whose answers aligned with the lies of the researchers, the parietal lobes (tasked with perception) were triggered. The amygdala was utterly avoided in a subconscious effect to avoid being uncomfortable. Knowing the answers from others altered their perceptions, making them change their answers even though, at first, they were correct.

This subconscious shift in perception makes people engage in bad decision-making that can effectively ruin their lives. At that moment, their decision might seem completely fine. When they figure out that they made a massive mistake, it might be too late.

Information is a precious currency in today’s society. But the amount of information is so vast that it can overwhelm even the most logical person.

When having to make choices, people have to be well informed. But no one teaches how to narrow down the exact amount of information needed and handle everything they need to know. This is a problem because of two contradicting reasons: people might be dealing with information overload, or they might be struggling with a lack of information.

When it comes to lack of information, that is a bigger problem than it might seem. People always ask, “if you are poor, why don’t you just get a job?”

The Danger Of An Information Deficit

Those poor people might not have the resources to stay informed with potential job openings, the level of experience needed, and other details. Some people have inherently more access to information than others. If you were always middle-class, you have probably always known that internships are a great way to jumpstart your career. But a person who lived in a worse-off family might have never heard of the concept. That lack of information might leave them to believe they could never have a successful job because they have no entryway.

They might give up trying to achieve a career because of that. And yes, on the outside, it might seem like a terrible life choice. But the truth is, they lacked the necessary information. On the flip side, sometimes, people deal with information overload. Sometimes people know so much that they overanalyze everything to the point where they don’t even know what to believe anymore. Cherry-picking the necessary information is a much more difficult task than it seems.

How To Help People Who Are Making Bad Life Choices?

There are many ways to start being helpful to the people who are struggling. But there are a few specific proactive ways to be there for the people you care about.

If you see someone struggling and sinking deeper and deeper, try to become a role model they can follow. Share your struggles, talk about how you overcame them, and show them what exactly you did to achieve everything you have. People need to learn how to overcome a rut, but they need to see how. They need to be around people who managed to get their life together and learned how to make good decisions. So, be that person for them.

Often, people aren’t aware that they need someone to advise them, but that doesn’t mean you shouldn’t step in and guide them. If you have a friend struggling with addiction, research what channels they can access to ensure they get the help they need. They might not want or have the energy to look up a good rehab facility, but you can do that for them. Or maybe a friend wants to give up their job for the wrong reasons, and they need advice.

When people are struggling with making decisions, all they need is somebody to lean on. They need to know they can rely on someone if everything goes south. Be their anchor when times are hard, listen to them, and try to comfort them as much as you can. Reassure them and guide them along the way.

Juggling everything lie throws at you can be tricky. And decision-making can be even more challenging. Sometimes, your biases and the way your brain is wired can be the biggest obstacle you face. Emotions are another factor that can affect the quality of your decisions. Anxiety and other feelings can affect your perception of the world, and you might choose something outrageous. Also, the amount of information you have to acquire is too much, and you might risk making uninformed decisions.

If you know someone who is having trouble in life and cannot make rational decisions, you can help them. Try to be a role model and give them the advice they need. Most importantly, make sure you are a shoulder they can cry on when times get tough.

How I Found My Way to Gratitude 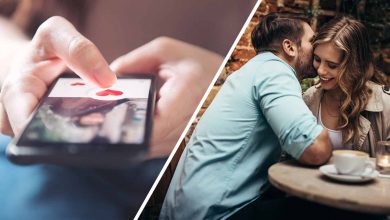 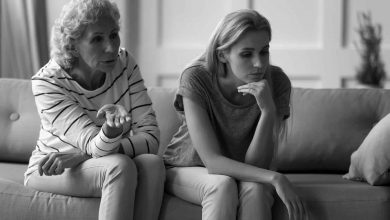