The battle of skinny versus fat is one that’s been going on for centuries. Women think that men want the skinny model who starves herself to be a size zero. So thin may be a preference for some men. But it seems that curvy and thick is where it’s at for most males.

Men are programmed to believe that they must have the petite girl that looks good dangling on their arms, but do most guys crave such a small, framed woman? You would be surprised at the results of a group of studies that show men like curves.

It’s incredibly stressful for a guy who wants to choose a partner for life. They take a girl of interest to eat only to hear about all the things they can’t have on their restrictive diet. Women are always looking for diet plans that can enhance their figure.

However, it can be frustrating to work that into a date when all a guy wants to do is eat a good meal. Now, he doesn’t want a woman to eat more than he does, but he wants her to have a healthy relationship with food and not starve herself.

This does not mean that skinny model bodies are also not beautiful. But it should reinforce the idea that curvy women are attractive, also.

Women feel that if they eat less, they will appear more attractive to the opposite sex, but studies have shown that men prefer a woman with a fuller, hourglass type figure. It’s not comfortable to snuggle with someone who is boney.

Part of the reason why women think that men want the model type body is the misperceptions given by Hollywood’s elite. Consider some of the super skinny stars like Paris Hilton or Kelly Ripa. These women are so small that their bodies don’t have anything to fill out their clothes.

A woman should indeed be the size that makes her feel most comfortable, but what women think a guy wants and desires is quite diverse. Why is it that a man likes a little meat on the bones, and could these preferences come from his home life and his mother’s body composition?

Curves indeed help a lady look better in her attire, and nothing looks more voluptuous to a guy than a large, busted lady. Look at the bodies of Adele and Kate Winslet. They both are beautiful women who don’t conform to social norms to be pencil-thin, and they feel comfortable with their size.

If these ladies are healthy, and they appear to be, there’s no reason for them to starve themselves to get or keep a spouse. The average woman was once a size 12-14, but now it’s a size 16-18, which means it’s becoming more acceptable to be larger.

The Weight Debate Throughout History

Things have certainly changed over time. Back during the Renaissance Era, women were considered to have more money and be sexier when they were heavier. Their curves equated to beauty, sophistication, and wealth.

Look at some of the paintings done during this time frame, and you will be surprised. The famous painter Leonardo da Vinci rose to fame during this period. His portrait of The Mona Lisa depicts that a larger woman was undoubtedly more desirable.

What’s uncanny about many of the paintings during this era was that the women weren’t just curvy but quite large. To be big and beautiful meant that a woman was at the height of sexiness. Back then, women were treasured for their God-given bodies, and no one dared use harsh labels to shame them.

While being “plump as a partridge” was socially acceptable, things changed around 1840. Sylvester Graham, a Presbyterian minister, sowed the seeds that women should be thinner for better health. By 1860, the first diet plan made it on the scene, which was the Banting diet.

Consequently, he’s the one who invented graham crackers that were first considered a diet food. This low carbohydrate strategy was remarkably like the Keto or Atkins plans, and many women lost weight. This started a trend that women should have a lower target weight to keep them in good health. However, nothing was said about the men.

The Journal of Perception recently published an article from a study done at St. Andrew’s University. The participants were given photographs that looked at several women’s facial features. Shockingly, the guys unanimously chose the women who were in a healthy weight range more than the skinnier ladies.

The study sends a strong message that being underweight isn’t necessarily attractive, like many women think. The 1,200 male participants were between the ages of 25-55. To the amazement of the research team, over 81 percent of these gentlemen like curves and lots of them.

When inquired further, the men stated across the board that curvy women are more seductive and sexier. Could men be tired of the growing trend to make women figureless just to fit into society’s demands? This study shows that the average guy likes a little meat on his lady’s bones, and if she’s healthy, there’s nothing wrong with it.

Women think guys are attracted to the ultra-thin woman with little to no shape. However, it’s the curvaceousness of a female that turns their crank. When a lady has curves, it gives her a shapely appearance, and she emerges as more natural and even graceful.

Why is it that the voluptuous woman tends to radiate sensuality, and men love to see a nice round booty and hips that shift when a lady walks? Some think that a man sees the potential for a woman to have children when they have larger hips and bigger breasts. This is all a subconscious thing, but some women carry babies effortlessly while others have difficulty with pregnancy and childbirth.

Do you know that some scientists believe that curvy women will live longer? It sounds bizarre as you would think that someone with less weight would have a longer life expectancy. The Institute of Preventative Medicine in Copenhagen found that women who have hips more extensive than 40 inches have protection against heart disease.

This layer of hip fat is offering more protection than harm. According to this study, a woman around a size 14 is perfect, and the little bit of fat that she carries is healthy. What’s sad is most women think that they need to be a size two  model on average to be desirable.

To Some Men, Thinness Blights the Perfect Lines of Femininity

Women think that guys only like one type of lady, but you should remember that variety is the spice of life. Everyone has a taste and a preference when it comes to their partner.

If this gentleman had a good relationship with his mother, he would likely be attracted to a similar caliber. Keep in mind that physical traits aren’t the only thing that reminds you of your parents. Some guys see a lady with a few extra pounds and assume she’s a good cook, and in many cases, this assumption is correct.

However, a skinny person can be just as good of a cook. Metabolism and genetics can play a massive part in the weight equation as it’s not always about what you eat. The bone structure is also another factor that weighs into the whole package.

A woman who weighs 120 lbs. on a small frame will look much different than the same weight on a larger bone structure. Genes tend to help with the overall look a lady has, and if guys want a glimpse into the future, they should consider their mothers.

Something that completely goes against the original study is that skinny women tend to have more successful careers. While men may prefer curvy women, the business place prefers a smaller female. An article was published in the Journal of Applied Psychology that reviewed a study done by the University of Florida.

They found that a woman with fewer curves made $22,000 more a year than a heavier woman. A smaller lady’s sharp and angular lines may not be appealing in the dating world, but it’s a preference for the business one. Many heavier ladies swear this is why employers pass them over–and this seems to confirm that suspicion.

Above all else, a man prefers a woman who knows how to take care of herself. Being skinny as a model can be just as detrimental to your health as being too heavy. There’s a fine line between being thick and obese that you should respect because of health implications.

Still, when it comes to sexual attraction and desirability, it seems that what women think and what men genuinely like are not even in the same range. It’s okay to have a healthy appetite, and it’s okay if you’re not a size two. You are beautiful, just as you are, model thin or not! 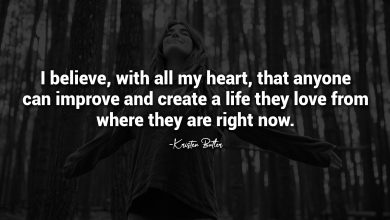 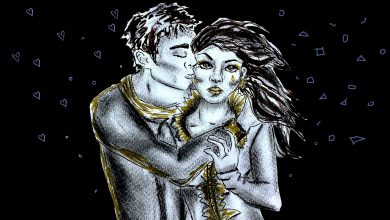 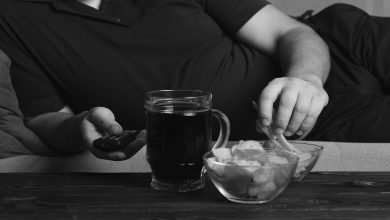