When Riona Kelly met her personal trainer Keith, she never imagined the love story that would unfold. Ten months after Riona suffered a spinal stroke, she decided to look for a personal trainer to help her regain strength. She wanted a sense of normalcy in her life again, but unfortunately, most people she reached out to turned her down.

When Keith met her and learned of her stroke, he didn’t see that as a setback. He decided to train her anyway and help her become the best version of herself. Keith said she slowly but surely made progress with his guidance and support. The day Riona did her first squat since her injury, they both celebrated and saw that as a huge milestone.

Keith not only went to her house for personal training sessions; he also went on walks with her. He said that after getting to know each other, they just clicked. Their love story began in such an unexpected way, but the best ones usually do!

Keeping the faith after a significant setback

“We were speaking about Christ and faith and never giving up,” Keith said.

Despite Riona’s life-changing injury, she never gave up faith in overcoming it. Her doctors told her she had a 0% chance of ever walking again, but she and Keith didn’t accept that. Together, they knew she could do whatever she set her mind to, with a little faith and determination. Riona is thankful for her injury because it made her the woman she is today.

Little did she know, the adversity she went through would one day turn into a love story.

She went on to say that everything we go through pushes us forward to the next chapter. It gives us momentum and drive to overcome obstacles and keep growing. Often, the universe gives us adversity to learn a lesson and lead us to something better.

“Don’t fear the storm. Embrace the storm and come out stronger.”

Because of Keith, Riona will never give up. Because of him, she has a renewed faith and a new lease on life. He inspires her to keep going, even if, on some days, the negatives seem overpowering. She never imagined the beautiful love story that would await her after meeting Keith. All the other trainers rejected her, but Keith saw something special in her from the beginning.

“I’m going to beat whatever I’m going through because you’ve given me that drive to do so,” she says of Keith.

Keith says his family and faith motivate him to continue on this journey. He promised Riona he would never give up on her, and he kept that promise. Her strength truly inspires him, and Riona admires Keith’s determination and loyalty. Their love story sounds like something out of a movie, and we couldn’t be happier for them!

After her stroke, Riona’s ex-husband of 14 years decided to leave her, and she was devastated. That was when she needed him the most, and he left her alone with a disability and five kids to care for. After she got out of the hospital, her children and her friend Sarah supported her during her recovery. Riona never imagined being able to walk again, let alone get involved with another love story.

How Riona has blossomed thanks to Keith and her unwavering faith

Despite all of these challenges, Riona continued to have hope that she could recover. At the beginning of her rehabilitation, however, she had a difficult time coping with it all. A lot of days, she said she really didn’t want to live anymore, but her children kept her going. Learning to use a wheelchair was difficult, especially when people stared at her when she’d go out in public.

However, Riona didn’t want to give up despite the doctors’ predictions about her being paralyzed forever. She somehow knew that she could one day walk again if she kept the faith. After doing hours of physiotherapy, Riona finally took her first steps on a parallel bar. She didn’t have feeling in her legs, and every step took all her energy, but that didn’t matter.

She was just thrilled to be walking again. Every day, she continued building her strength, and she finally got released from the hospital after 4 months. When Riona reached out to personal trainer and ex-rugby star Keith, her whole life changed. He helped her get stronger and also gave her the love she truly deserved.

After going through so much, Riona stayed strong through it all and persevered. Riona’s children love Keith, and he fits right in with the big, loving family. With the help of Keith and her wheelchair, Riona has since completed two marathons. She also can walk without assistance now and only needs her wheelchair for going long distances.

She’s even able to work out in the gym with Keith’s help and is better and stronger than ever.

Keith and Riona’s story is the definition of true love: two people who believe in each other and never give up. Riona was making progress on her own, but without her husband around, it wasn’t easy. When Keith came into her life, she had another shot at a love story and a chance to feel happy again. Keith has been a knight in shining armor for Riona, and we wish them both the best in their journey.

What do you think of this beautiful love story? Please share with us in the comments!

A World of Grief - Mindful

How to Meditate with Anxiety 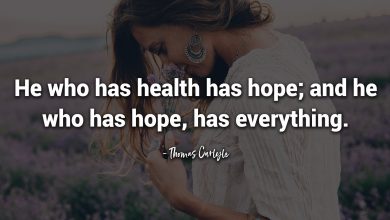 15 Mindful Quotes That Make You Think About Your Health

20 Questions Parents of Kids With ADHD Should Ask Teachers »

10 Reasons to Try a Tabata Workout