I’m convinced that everything I do is either to A) steer myself toward feelings that I interpret as positive or good, or B) avoid feelings I interpret as negative or bad. There really isn’t more to it than that.

I will go to incredible lengths to curate the feelings I’m exposed to. I have ended relationships rather than face my own failings within them. I have blamed others or the world rather than confront something I’ve done wrong. Most often, I will imprison myself and everyone around me in my tunnel vision, diminishing everything that is not the goal with a wave of dismissal in an effort to avoid my deepest fear: shame, stemming from my deeply rooted belief that I’m not good enough.

Usually this means making knee-jerk, fear-based decisions in reaction to feeling Not Good Enough, that seem reasonable but that I often regret later on. Like sending irritating “just following up” emails to potential investors which probably didn’t help my chances of closing the deal. I’ve sent so many emails that enabled me to check a box, get that dopamine hit from productivity in the moment, but that actually did more harm than good in the long run. (Sometimes I see this as quickly as five seconds after hitting send–grateful for the ability to un-send emails these days.)

It took me a long time to realize what was going on, and develop an alternative.

I learned that I wasn’t good enough early in life, sometime before I can remember. When I learned that, I made the decision that I would do anything necessary to prove otherwise. My whole life from that point forward has been one long series of achievements without end, each one seeming like the most important thing in the world until I attained it, at which point it was, and had always been, irrelevant. I was still not enough, and only the next achievement would prove otherwise.

It wasn’t until I stopped achieving, forced through what felt like failure at the time to slow down, that I had the amazing opportunity to really take stock of the operating system through which I was living. I wouldn’t have chosen to stop achieving, because frankly it pays well, offers tons of positive feedback (the US consumer culture reinforces your worth as a function of your wealth, possessions and achievements), and it was painful as all hell to confront the feeling of my own inadequacy head on, rather than continuing to run away from it, toward the next gold star. But I’m so glad I pushed through it, because through that process I was able to see the pattern of my mind’s machinations in a way that demystified it, and offered me a choice I never knew I had:

Rather than achieving to run faster away from my own inadequacy, I could simply stop. I could stop putting myself through such ambitious hell, and simply deal with what was there.

Moreover, by dealing with what was there, I could avoid making the kinds of fear-based decisions that I usually regretted. By simply looking at reality without trying to fix it, I could see more clearly what there was to do, and make better decisions.

The thought of confronting my fear and my shame was terrifying, but so was the prospect of jumping back on the treadmill of achievement and simply pretending that I still thought hitting that next milestone would make me happy. So I did it. I simply stopped, taking two months off of work (not all of us are so fortunate, I recognize), and confronted it.

And, surprisingly enough, I didn’t die.

Swimming in inadequacy was a kind of exquisite torture that I could never have prepared for.

Oh it hurt, for sure. There’s a reason I was subconsciously pushing so hard to avoid these feelings. Swimming in inadequacy was a kind of exquisite torture that I could never have prepared for, but thanks to many psychological and spiritual tools and mentors I was able to stay with the emotions, negative as I perceived them to be, and simply be. And in that, there was freedom.

Taming the Fear of Not Doing Enough

I didn’t have to reflexively jump into action and check an item off my to-do list. I didn’t have to mentally diminish myself or someone else in an effort to right-set some mental or social hierarchy to make myself feel better. I didn’t have to do anything, in fact. I could just do nothing, and as spiritual teacher and author Trungpa Rinpoche says, “Lean in to the sharp points.” I felt what there was to feel, what I had been running from for so long, and let it pass.

By sticking with the feeling without succumbing to the intense urge to do something productive in response, I was able to develop a familiarity with it.

For me, fear of not doing enough feels like:

I have no way of knowing if that’s the feeling for others, but now that I’ve stuck with it a number of times, really made it a point to taste the flavor of the feeling rather than running from it, I know the characteristics of that particular fear for me. I can recognize it when it comes, enabling me to actively avoid jumping into action as would be my reflex. And I know from experience that it always goes away, even if it feels like this time it’s going to last forever (it always does).

The fear that I’d jumped through hoops of fire to avoid, when you really boil it down, is simply a series of bodily sensations combined with a reflexive urge to achieve.

I’ve become familiar with my primal fear, that I’m existentially not good enough, and will never be good enough. Certainly I’m not friendly with it, but I’m intimate enough to recognize it for what it is. The fear that I’d jumped through hoops of fire to avoid, when you really boil it down, is simply a series of bodily sensations combined with a reflexive urge to achieve.

For a long time I’d unknowingly let that feeling drive so many of my actions, forcing me into suboptimal, fear-based decisions, and unproductive, repetitive patterns (and also, to be fair, into some success, albeit at the cost of relationships and consciousness).

The feeling still comes up regularly, but now when it does I’ve learned that there’s a choice. Most of the time, I simply sit with the feeling and appreciate how its intensity reminds me that I’m alive. Then I look at the situation with a clarity of mind that used to be inaccessible, and do the next right thing.

By being real with someone, it’s possible to create space for a different type of connection. Ryan Vaughn offers insight on why it’s important to foster authentic relationships in the workplace.
Read More

In this TED Talk, author and entrepreneur Leticia Gasca shares three lessons on how to fail mindfully.
Read More

We don’t have to like everything life throws our way. If we can learn to truly accept—not ignore or resist—the hard stuff, it won’t feel as hard.
Read More

If we view challenges as stressful setbacks, there’s an opportunity to shift our perspective and grow from our experiences.
Read More

How Stable Is Your Confidence? Exploring Running, Money, and Stillness 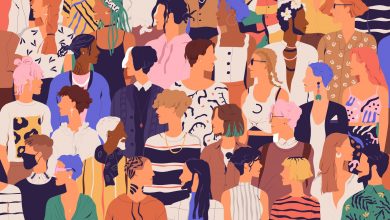 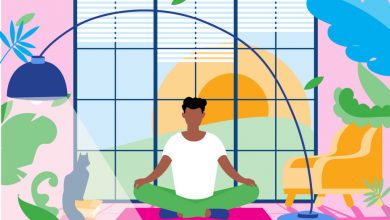 How to Start Your Day with Meditation 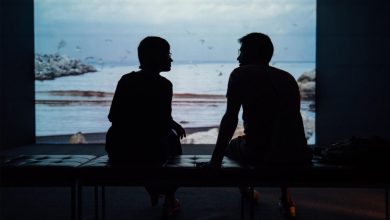 How to Have Hard Conversations 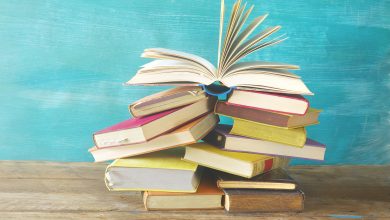 10 Mindful Books to Inspire You This Year